Jhalander, who has arranged for a sniper to shoot at Arya, calls Jhende and informs him about the same 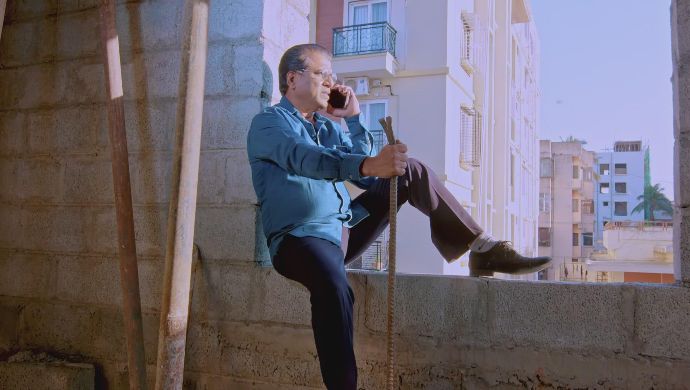 In the previous episode of Jothe Jotheyali, Anu comes to meet Arya at the restaurant and brings a small plant to give to him. Anu waits for Arya to come and cannot contain her happiness now that she is finally meeting him. She is smiling to herself while looking all around for him. Meanwhile, a sniper is seen aiming at Arya. It is revealed that Jhalander has discovered Arya’s location and has planned to attack him. Jhalander calls Jhende and informs him about the same.

Arya apologises to Anu telling her that he tried to get in touch with her many times to tell her that he did not leave to London. He also says that he tried contacting her through a satellite phone and even through social media. He finally asks her if she has anything to say to him. She apologises repeatedly. Arya says that there is no need to apologise and in fact he should have told her that very day that he did not go to London. The two begin to eat their meal. Anu looks at Arya for a second and offers to feed him. He, too, feeds her.

Jhende requests him not to shoot at Arya. Jhalander tells him that he will make sure to end Arya’s life. Arya, totally unaware, is having a romantic moment with Anu. He tells her that he missed her a lot and staying alone for a week gave him a better understanding of himself and the people he loves. He also says that he is very content with himself and feels at peace. The two spend quality time together.