Jothe Jotheyali 25 December 2019 Preview: Anu And Arya Beside Each Other 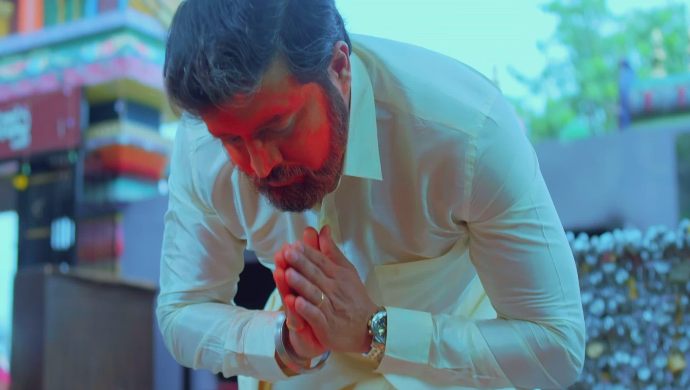 In the previous episode of Jothe Jotheyali, Mansi picks up a fight with Anu and her family regarding performing the ritual before them. Anu’s mother tells her that they will perform the ritual having arrived first. The two continue to fight. Just then Sharada Devi arrives. She tells Anu’s parents to perform the ritual first. As they (Anu’s family) proceed towards another ritual where Lord Shiva and Parvati are getting married, Arya enters the temple.

In the next episode, Arya and Anu are walking towards the same deity. The two end up standing next to each other unaware of who is next to them. As Anu is walking away, she turns to see if it is Arya who is standing next to her. However, because of the excess vermillion on his entire face, Anu doesn’t recognise him. Arya, too, feels Anu’s presence as she leaves the temple.

The Manjunath Sisters of Gattimela Are Giving Us #Sibling Goals

Samyuktha Hegde Will Turn Your World Upside Down With These Pictures