Jhende does everything to ensure that Sharada Devi does not meet Anu due to which the latter gets upset. 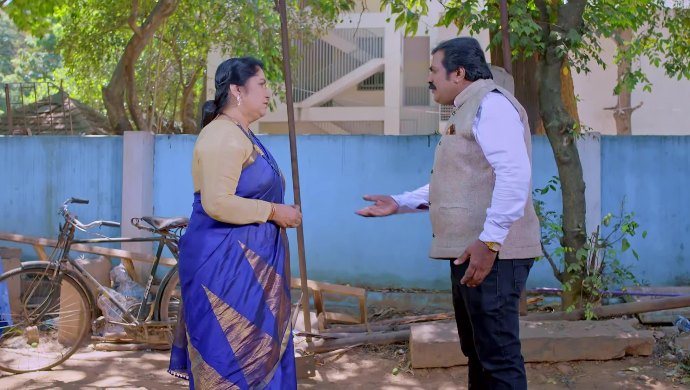 In the previous episode of Jothe Jotheyali, Jhende talks to Anu about her relationship with Arya and tells her that it is better for everyone if she maintains distance from him. Anu, on the other hand, is upset by what Jhende has told her. She thinks of all the moments that she has had with Arya. She wonders if she should go back to the office.

Arya is talking to the plant that Anu has given to him. When Harsha sees him doing so, he asks Arya if he wants the flower to bloom the very next day. Arya says that we must let nature take its course in order for the plant to grow organically. The two share a fun moment. Just then Sharada Devi calls them. Arya turns around to the plant and asks the flowers to grow fast.

When Arya and Harsha come to talk to her, they all begin to talk about Arya and his relationship with the plant. Mansi says that Arya has changed a lot, to which Sharada Devi says that it’s for the better. Mansi doesn’t agree to the same. Just then, Arya begins to drink coffee in the way Anu taught him. Mansi and Harsha are taken aback when they realise that he is making a lot of noise while drinking coffee.

Just then, Jhende comes home. They all drink coffee and share a light moment when Arya makes fun of him. Sharada Devi tells them that she is going out and leaves with the intention of meeting Anu. Meanwhile, Subbu tells Pushpa not to wake Anu up as she must be tired from studying continuously. Anu, however, wakes up just then and tells her parents that she has decided to find herself a new job. When Pushpa brings up Anu’s marriage, she gets irritated and tells her mother that she is only going to focus on her job now. Later that day, Sharada Devi comes to meet Anu. Somehow, Jhende reaches just as she is going to meet her. He tells her that it will be very hard for her to find the house and asks her to go back home.