Sharada Devi has arrived to Anu's house to visit her as her exams are over. She sees Jhende there. 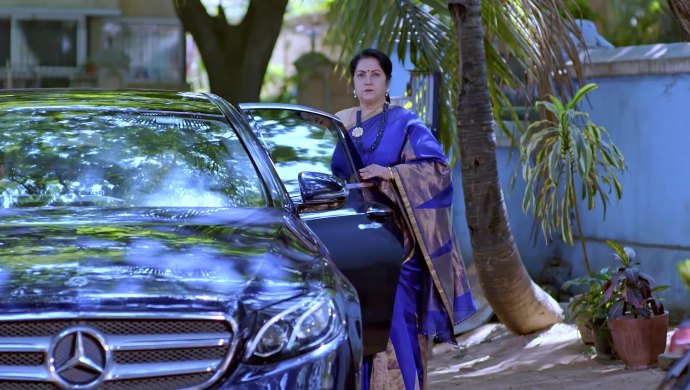 In the previous episode of Jothe Jotheyali, Jhende talks about her relationship with Arya and tells her that it is better for everyone if she maintains distance from him. Anu, on the other hand, is upset by what Jhende has told her. She thinks of all the moments that she has had with Arya. She wonders if she should go back to office.

In the next episode, Jhende has come back to warn Anu and Ramya not to visit Arya. Just as he is warning them, he sees a blue car which turns out to be Arya’s. As he thinks that it is Arya who has come to visit Anu, he sees Sharada Devi getting out of the vehicle. The two look at each other but Jhende is stunned and wonders what has led to Sharada Devi visiting Anu.