Jhende tells Anu to find herself another job and orders her to stay away from Arya. Anu is vexed. 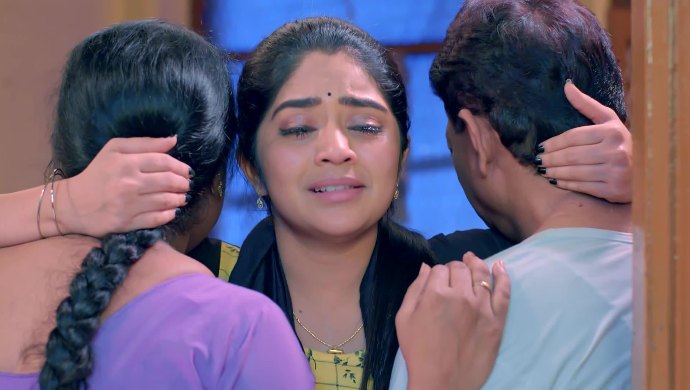 In the previous episode of Jothe Jotheyali, Sharada Devi finds Arya admiring the plant that Anu had given to him. She tells him that the plant has grown so well because of the love that he shows towards it. They proceed towards Arya’s room and talk about a list that Sharada Devi has prepared about the things that she would like to do. And one of them is meeting Anu.

In this episode,  Jhende comes over to Anu’s house to ask her to stay away from Arya. When she expects Arya to come, he tells her that he has come alone to talk to her. He says that from the moment on, Anu must go through Jhende if she has any work with Arya. He also mentions certain observations he has made with regard to Arya and Anu. Eventually, he talks about her relationship with Arya and tells her that it is better for everyone if she maintains distance from him. Jhende also asks her not to make him repeat himself again and take what he is saying seriously. Anu hugs Ramya and begins to cry.

Pushpa and Subbu have a friendly conversation. When he gives Pushpa the earnings for the month, he also says that they will not have much money to spend this much. Anu, on the other hand, is searching for something and looks very irritated while she is looking around the house. Subbu notices the same but doesn’t say anything. Later that night, he tries to talk to her but decides to approach Ramya about the same. He asks her why Anu looks so irritated and requests her to find out the reason behind the same.

Anu, on the other hand, is upset by what Jhende has told her. She thinks of all the moments that she has shared with Arya. She wonders if she should go back to the office. She also wonders about how she would do that as well as run the house without enough money. Anu cries to her parents and tells them that she will have to find a new job for herself.