Mansi tells Sharada Devi that Arya never went to London; Sharada Devi calls Jhende to find out about the same 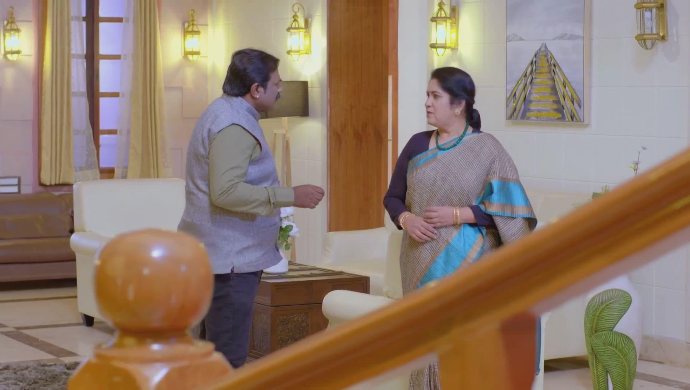 In the previous episode of Jothe Jotheyali, Arya tells Jhende that he will have to go back to being the Arya that he was 20 years ago. He says that if Jalander is threatening him so that he gets scared then he is highly mistaken. Arya is furious with Jalander and tells Jhende that he has had enough of hiding. Arya, on the other hand, gets in touch with Anu.

In this episode, Ramya and Anu plan on meeting Arya. However, they do not want to tell Subbu and Pushpa about the same as they will not allow it. Ramya then tells Subbu that they are going to collect certain notes for their exams after which he tells them that he will accompany them. While Anu is signalling Ramya not to say anything else, the latter tells them that they are going to meet Neel after they collect notes as they have some doubts regarding the same. Later. Anu tells Ramya that she does not feel good lying to her parents. Ramya tells her that all is fair in love and telling a few harmless lies will not hurt anybody.

Neel comes to Anu’s house again and spends time with her parents. Pushpa even serves lunch for him and the three have a conversation. In a very condescending tone, Mansi asks Sharada Devi if she is sure about Arya having gone to London. Sharada Devi asks her what she means and if Arya is still in Bengaluru. Mansi tells her that she has received information that he never went to London in the first place. Sharada Devi is taken back to the moment when she asked Jhende about Arya’s trip and in reply Jhende told her that he does not want anything bad to happen to Arya. She decides to call Jhende and asks him where Arya is. He tells her that he will come home and explain the situation. Sharada Devi is worried about Arya.