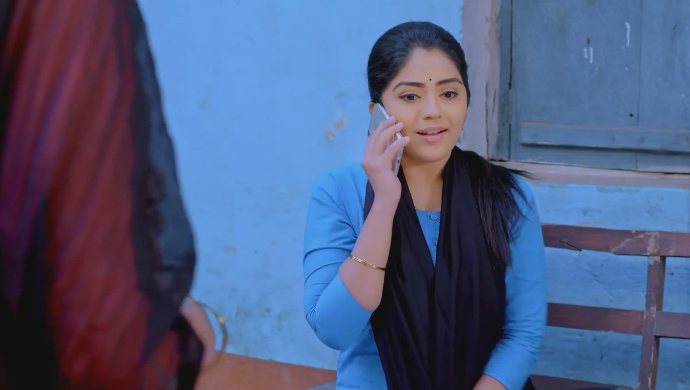 In the previous episode of Jothe Jotheyali, Anu is staring at her phone and wondering why Arya hasn’t called her. She sees Jhende walking past her and wonders if she should ask Jhende about Arya. However, she thinks to herself that it is better to wait for Arya’s call instead of asking anyone about anything. She also feels bad that she has not met him in so many days and is thinking about the day when he came to her house just to meet her before leaving for London.

In last night’s episode, Arya tells Jhende that he will have to go back to being the Arya that he was 20 years ago. He says that if Jhalander is threatening him so that he gets scared then he is highly mistaken. Arya is furious with Jhalander and tells Jhende that he has had enough of hiding. If Jhalander tries and comes close to him, he will kill him. Ramya and Anu are talking outside their house when Anu tells Ramya that Arya has like her picture on  Facebook. Ramya congratulates her and tells her that her love story with Arya has begun.

Neel comes to Arya’s house and is talking to Mansi. He compliments Arya’s house and tells Mansi that they live in a very beautiful house. He also tells her that from what he has heard, the house is filled with secrets. Having spoken about Arya and his London trip, Mansi suspects that Arya has not gone to London. On asking Neel about the same, he says that as Arya is a businessman and might have travelled somewhere else for business. Sharada Devi, too, meets Neel. Arya calls Anu and asks her how she is doing. She expresses her grief and tells him that she is only pretending to be okay in front of everyone. Arya decides to meet Anu.

Here's How Shivratri Is Celebrated In Karnataka