Subbu is upset with Anu and tells Pushpa to talk to her about the same. 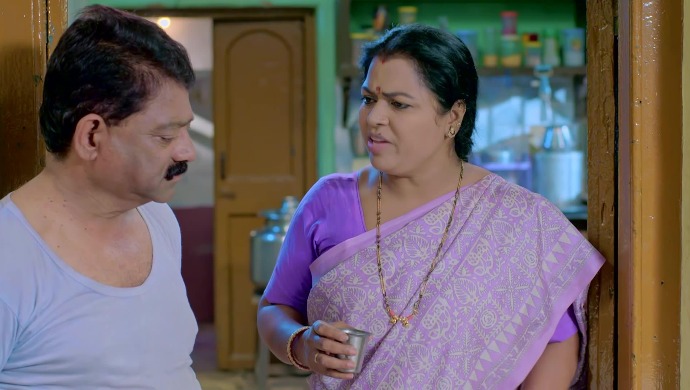 In the previous episode of Jothe Jotheyali, Arya is extremely sick. Meera asks him if she should cancel all the meetings for the day. Jhende too tells her that she must do so. Arya says that he is taking all the steps to recover. Later that night, Anu calls Arya to ask him how he is. However, Jhende picks up the call and tells her not to worry as there are other people who will take care of him.

In this episode, Arya tells Anu that he will drop her back home. Jhende tells him to let her go but Arya refuse to listen. Just as they decide to leave, Meera brings him medicines. She also asks Anu why she is here and taunts her saying that she is no doctor to come and visit Arya while he is sick. Arya stops her from saying anything else and tells her that the tea Anu has made has served as a medicine. So it is a good thing that she came to meet him.

At home, Subbu has come back home and looks tired. He tells her that he is also worried about Neel and hopefully the latter will finalise the wedding from his side. When Pushpa tells Subbu that Anu has gone to make tea for Arya, he gets worried. He waits for Anu to come back. He also tells her that she must have had more sense than to let Anu go during exams. He tells Pushpa to talk to Anu about her behaviour after she comes back home. They both wait for her to come back.

Anu comes back home later that night. Subbu and Anu have a conversation when the latter comes back from the office. Subbu tells her in a very loving way that she should not have gone so far to meet Arya, that too so late in the night. He also says that he did not say the same in front of Pushpa as she will feel bad about it. Anu hugs her father and the two share an emotional moment where she apologises to him.

5 Action Thrillers You Must Watch To Keep Yourself Entertained This Week!