Anu calls Arya to ask him about his health. She gets upset as he is not doing too well. 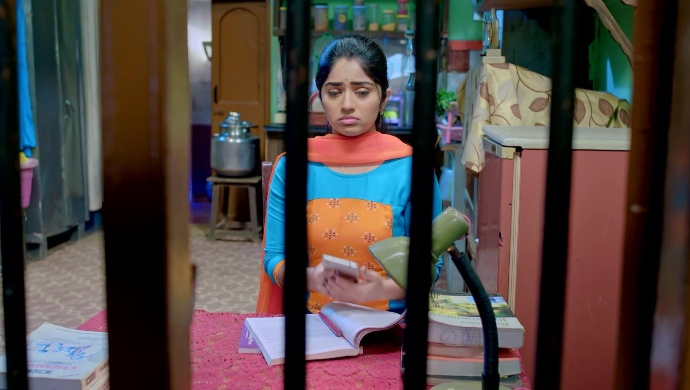 In the previous episode of Jothe Jotheyali, Arya is daydreaming about Anu who has not come to work for many days now due to her ongoing exams. On the other hand, Neel is staring at Anu’s seat which is noticed by the other employees in the same room. They all suspect that he is in love with Anu.

In this episode, Anu has just spoken to Arya who is not feeling too well. She tells Subbu that she will not be going to the library and will study at home with Ramya. Sampath makes tea for the two of them and tells them to focus on studies. Anu, meanwhile, is thinking of Arya. She suddenly gets reminded of her time with Arya when the two had tea in the middle of the night. Anu gets distracted and also tells Ramya to remind her to call Arya and ask him about his health.

Meanwhile, at work, Arya is extremely sick. Meera asks him if she should cancel all the meetings for the day. Jhende too tells her that she must do so. Arya says that he is taking all the steps to recover. He too begins to think of Anu and smiles to himself. When Meera tries to help him out, he moves away.

Later that night, Anu calls Arya to ask him how he is. However, Jhende picks up the call and tells her not to worry as there are other people who will take care of him. When she asks him if Arya is feeling alright, Jhende tells her that he is fine and cuts the call. Arya guesses that it is Anu who has called. Elsewhere, Anu tells her mother that she is going to meet Arya as he is not well and leaves to go make some tea for him. Arya is delighted to see Anu while Jhende shows her his irritation.