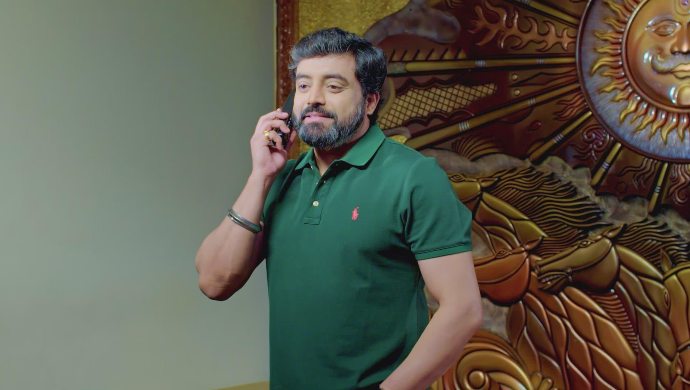 In the previous episode of Jothe Jotheyali, Harsha decides to work on a new project of introducing a calendar to promote their company that sells sarees and suggests the idea of roping in models for the same. Anu doesn’t approve of the idea and makes her own suggestions as to how the project must be executed. This not only makes Harsha furious but also irritates Meera. She complains to Jhende and tells him that Anu is trying to be part of every project and must focus on her work instead.

In the latest episode, Neel and Jhalander are talking about Arya. Jhalander tells him that he must start behaving the way Arya behaves. If he has to pretend to be a fan of Arya, he has to know all about his mannerisms. It suddenly occurs to Neel that Anu is the solution to all their problems. He also tells Jhalander that the two are very close and if they need to get any information about Arya, then Anu will be the one to help them out, including discovering Arya’s hideout spot.

Meanwhile, Anu and Ramya are talking about Arya. Anu tells her that she has tried everything to get in touch with him. She says she tried to send him a WhatsApp message but even that did not get through. She is disappointed and is wondering why he has not tried to get in touch with her. She leaves to go back to her house even when Ramya tries to console her.

Jhende meets Arya at the house in which he is hiding. Arya sees a satellite phone in Jhende’s hand and takes it to call Anu. Anu is more than delighted to hear his voice. Arya thanks her for making changes in the calendar plan while Anu thanks him for teaching her the ways of the business.

Vinaya Prasad And Shashikumar Had Memorable Moments On Weekend With Ramesh 4: A…