Subbu has spoken to Neel about his marriage with Anu and tells Pushpa about the same. 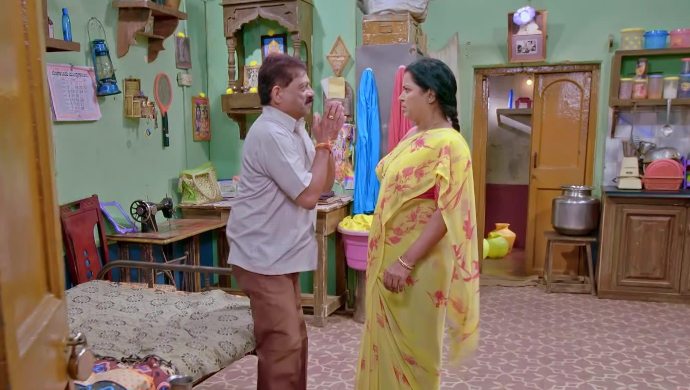 In the previous episode of Jothe Jotheyali, Arya and Anu visit the temple. She sees him looking at the idol and asks him if he only came to the temple because of her. He replies saying that he only does things that he likes. At home, Subbu gets ready to go out somewhere when Pushpa tells him that he is feeling a lot of affection for her. Subbu, on the other hand, meets Neel asking him if he was busy. He also tells Neel that there is something important that he would like to talk to him about while Anu and Arya, on the other hand, leave from the temple.

In this episode, Subbu comes back home tired. Pushpa asks him if he spoke to Neel about the wedding and he says that he did not even get close to talking to him about it. Upon being questioned further, he expresses his fear of talking about his daughter’s marriage. He also tells her that his conscience kept telling him to be careful about what he should tell him. Subbu adds that the next time he goes to talk to Neel, Pushpa must come along too. Meanwhile, Anu and Arya have come back to her house and they thank each other at the same time. She also tells him that she is very happy that he has come home to visit her. Jhende, on the other hand, is waiting for Arya outside his house. He then calls Meera to tell her the news of Subbu talking to Neel about Anu’s wedding. Meera doesn’t believe the same and asks Jhende if he is sure about the information that he has received.

Subbu and Pushpa talk about Neel. They wonder if it would have been uncomfortable for Neel to talk about his own wedding. They also discuss the necessity to talk to Arya about the same so that they can better understand how to go about the situation. Just then, Meera calls him and Subbu tells her that he needed a favour from her. She tells him to come to her house so that they can discuss pending matters.

Later that day, Subbu meets Meera and speaks to her about Anu and Neel’s wedding. Meera encourages him to take the same forward.

#FashionFriday: 8 Sarees Of Akhilandeshwari From Paaru That Will Blow Your Mind