As Subbu is going to talk to Neel about Anu, the Devi comes to tell them that nothing they do will stop Anu from following her heart. 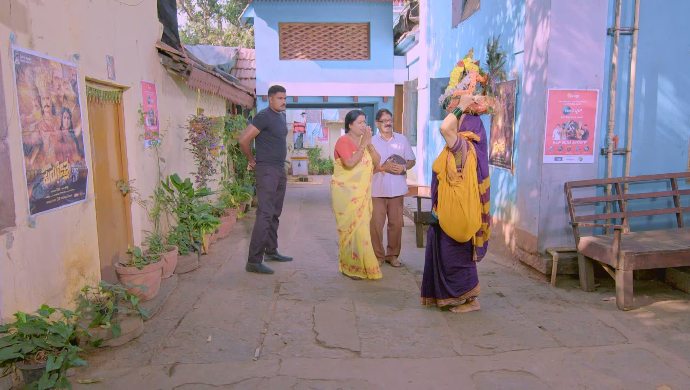 In the previous episode of Jothe Jotheyali, Subbu notices that Anu is a little tense. On asking Pushpa the reason behind the same, she tells him that the day is Ashtami and that’s why she might be worried. Anu says that she managed well the previous night and is prepared for her exam. She also tells her father that Arya had come home the previous night.

In this episode, Arya and Anu visit the temple. She sees him looking at the idol and asks him if he only came to the temple because of her. He replies saying that he only does things he likes. At home, Subbu gets ready to go out somewhere when Pushpa tells him that he is feeling a lot of affection for her. He also asks her if she can make a cup of coffee for him. The two of them drink coffee and Subbu leaves to go meet the boy that he would want Anu to get married to. The bodyguard too, follows him. Just then, the Devi comes to talk to Subbu and Pushpa.

She tells them that no matter what they do to protect their daughter, circumstances are going to be hard and challenging for her. She also tells them that it is the Goddess that decides everyone’s life and there is nothing they can do. Pushpa also asks the Devi to come to their house, so that she can give her water. The devi however, refuses and tells her that she will visit their house on another day.

Jothe Jotheyali 12 March 2020 Preview: Anu Is Told To Be Beware Of Arya