Everyone is surprised to see Arya dressed in casuals. However, he tells the employees that he has a surprise for them 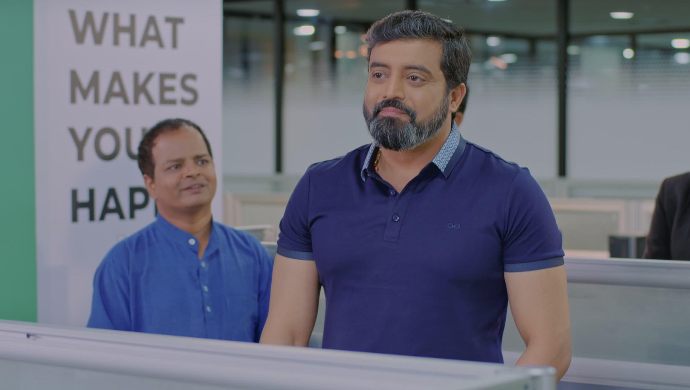 In the earlier episode of Jothe Jotheyali, Arya tries to apologise to Jhende but the latter doesn’t say anything. He repeatedly asks Jhende to say something to him. He keeps asking Jhende to talk. Jhende asks him if he remembers the last time Arya slapped him. Arya says that he doesn’t because it never happened. Jhende is disappointed with Arya and tells him that he is sad not because he was slapped but Anu was the reason behind it.

In the next episode, Arya has dressed up casually to work. An employee tells him that it is a surprise to see him in casual clothes. Meera, meanwhile, looks very unhappy and disinterested. Arya replies to the employee telling her that there is a bigger surprise in store for everyone. He looks towards the door.

A new character is introduced in the show. Any guesses who this new addition to the Jothe Jotheyali family is?