Arya tries to make peace with Jhende who is very upset after the former slaps him. Jhende tells Arya that he had no legitimate reason to do so 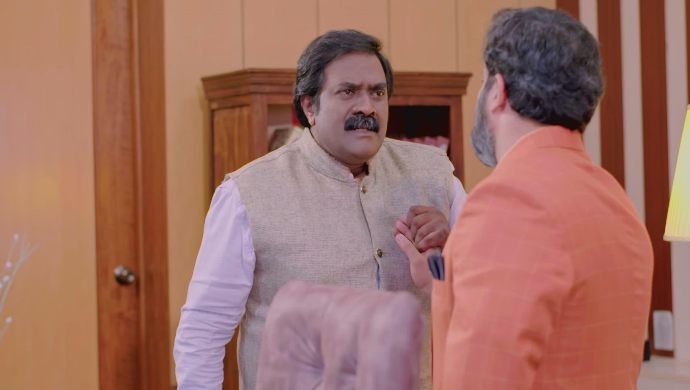 In the earlier episode of Jothe Jotheyali, Meera and Jhende are having a conversation about Arya and Anu. Meera is crying in disbelief and doesn’t want the two of them to be together. Jhende tells her that love doesn’t have any age limit and nothing can stop two people who are in love. Meanwhile, Jhende is furious at Arya for bringing Anu back. Arya says that he had the responsibility of taking care of her as she has contributed so much to the company. In a fit of rage, he slaps Jhende.

In the next episode, Arya tries to apologise to Jhende but he doesn’t say anything. He repeatedly asks Jhende to say something to him. He also tells him to at least shout at him but not to be mum like this. Arya tells him that he was very angry and sad that Jhende could not understand his feelings. He keeps asking Jhende to talk. Jhende asks him if he remembers the last time Arya slapped him. Arya says that he doesn’t because it never happened. Jhende is disappointed with Arya and tells him that he is sad not because he was slapped but Anu was the reason behind it.

Arya is in a dilemma. Jhende also tells him that he would do anything for him. He would give his life for Arya, but he is sad that Arya gave it all up in a moment for a girl he barely knows. Arya tells him that he is nothing without him. He tells Jhende that he has supported him (Arya) through everything and he is known as The Aaryavardhan only because of Jhende. The two share a very emotional moment about how Arya sleeps at peace every night only because of the sleepless nights that Jhende has had because of Arya.

3 Lessons Every ‘Mamma’s Boy’ Should Learn From…