Here's what happened in tonight's episode! 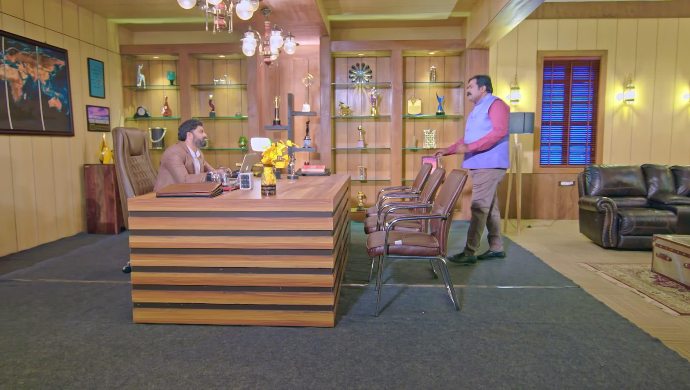 In the previous episode of Jothe Jotheyali, Pushpa and Subbu are talking about Raghu and how they lived peacefully when he was not part of the neighbourhood. Elsewhere, everyone has gathered in Arya’s house when Sharada Devi begins to talk about marriage. She also says that when two people are in love, all they want is to be together. At that time, money, property, business, etc., do not matter. At home, Harsha has received the calendar for the year. He also shows Sharada Devi the calendar and gives Anu due credit for suggesting the idea. Arya, too, comes and sees the calendar.

In this episode, Anu and Arya have just finished their exam. The bodyguard is following them. Anu asks him if he can wait outside but he refuses to do the same as Arya has told him to stay with the two girls at every step of the way. In the car, Anu tells Ramya that she is unable to talk to anyone properly with so many bodyguards around her and doesn’t understand how to tell Arya the same. Just then, Arya calls her and tells her that he has a surprise for her that he will give her only if she does well. Anu asks him what the surprise him but he tells her to have some patience. She also tells Ramya about the conversation that she has had with him.

Later that night, Anu is trying to study for her next exam. She gets disturbed by the fact that the bodyguard is following ger everywhere. Just then, Ramya arrives. As Anu is irritated by the bodyguard, she shouts at Ramya asking her why she didn’t come earlier. The two discuss what to study further. Pushpa, on the other hand, makes the bodyguard clean the bathroom. She also shouts at Subbu for causing a blockage in the toilet.

Elsewhere, Jhende and Arya talk about Jhalander and how he is trying to get to Arya through Anu and Harsha. Jhende seems worried while Arya seems calmer about the situation. He also tells Jhende to relax and leave Anu out of this whole situation. Jhende agrees and leaves the office.