Arya comes back to meet Anu before he leaves for London; Anu wants to confess her love for him. 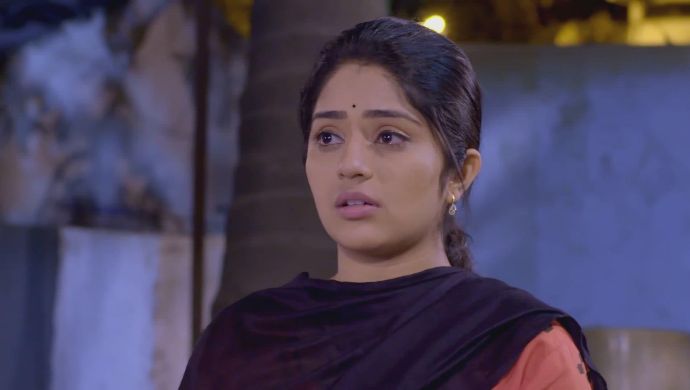 In the previous episode of Jothe Jotheyali, Mansi and Harsha are enjoying themselves while eating ice-cream and sharing a romantic moment. Sharada Devi is happy to see the two of them enjoying their time. On the other hand, Jhende is traveling with Arya in the car. He is happy to know that Arya did not meet Anu before he left. Arya, on the other hand, is hopeful that he will be able to meet Anu, before he leaves.

In this episode, Neel drops Anu back home. Anu’s father Subbu, asks Anu why she didn’t answer her phone. She apologises for her phone being on silent. He thanks Neel repeatedly for dropping Anu back home. Pushpa doesn’t say anything while Subbu says that he knows why she was this late. Anu suddenly remembers that her phone is still on flight mode. When she checks her phone, she sees many missed calls from Arya. She tells herself that Arya is really in love with her and no one can love her the way he does. She tries calling him but she does not pick up her call. She tells Ramya that she wants to go to the airport to meet him. Ramya tells her that it is not safe for her to go at this time of the night. Anu is highly disappointed by the same. The two are on the terrace. When she looks down, she sees Arya standing near her gate. She thinks she is imagining him but it turns out that he has actually come to meet her. She rushes downstairs to meet him.

She tells him about everything that happened, including the fact that she bought cake so that she can wish him luck and also that she ran behind his car but he didn’t take notice. She asks him if he thinks she is lying. Arya without saying anything stops Anu from continuously ranting. He asks her if she is willing to give him permission to leave for London or not. She wants to confess her love for him but tells him that she will miss him instead.

Jothe Jotheyali 06 February 2020 Preview: Jhende Gets Angry While Talking On The Phone