Jhende comes to Arya's house; they all spend some quality time together. 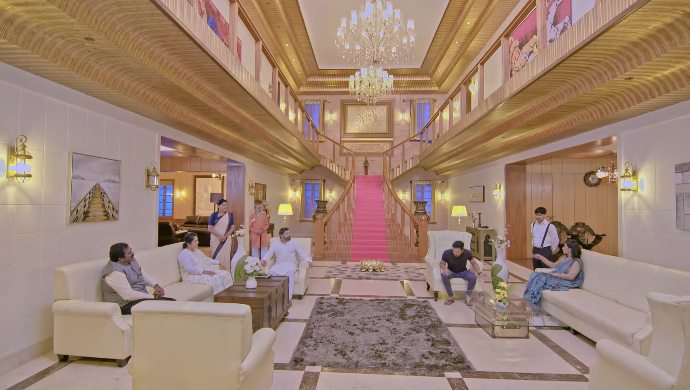 In the previous episode of Jothe Jotheyali, Jhende asks Harsha about why he has called for a conference. However, he also notices that there is a box of smiley-faced exercise balls on the table, just like the one Jhalander leaves as a clue everywhere he goes. Jhende asks Harsha where he got them from, to which he says that he met a Swamiji who came to his car in the morning and gave them to him. After everyone leaves the room, Harsha tells Jhende that the Swamiji knew his and Arya’s names before he gave him the balls. Arya and Jhende suspect that the man who gave him the balls was Jhalander in disguise.

Arya thanks Jhende for being his true friend. He tells him that he is grateful for going to any extent to protect him. When Jhende gives Arya back his phone, he tells the latter that he is confused as to how he (Arya) can be so happy in such a tense situation. Arya ignores what he says and tells him that they must go to Anu’s college. Jhende replies saying that he has a phone and can make the calls that he wishes to make. He also makes it a point to tell him that Jhalander will try to attack Anu to seek revenge.

Elsewhere, Anu and Ramya have completed their exam when Anu gets a call from an unknown number. When she picks it up, she realises that Arya has called her. He asks her about how her exam went. She excitedly tells him that she wrote the exam with the pen that he gave her and did very well too.

At home, Sampath sees Neel with the guitar and asks him if he can teach him how to play the instrument. Neel has a friendly chat with him about the same, telling him that anyone can learn how to play the guitar. Just then, Raghu walks in and tells him not to talk to strangers and people who have no shame. Neel hears the same and warns him about speaking ill regarding anyone’s family. Later that evening, everyone is gathered at Arya’s house. Sharada Devi praises Jhende for protecting Arya’s life and also thanks him for taking out the time to come and spend time with all of them.