Anu talks to Ramya's parents, asking them not to taunt Subbu and Pushpa as all of them have been staying in the same vicinity since a long time 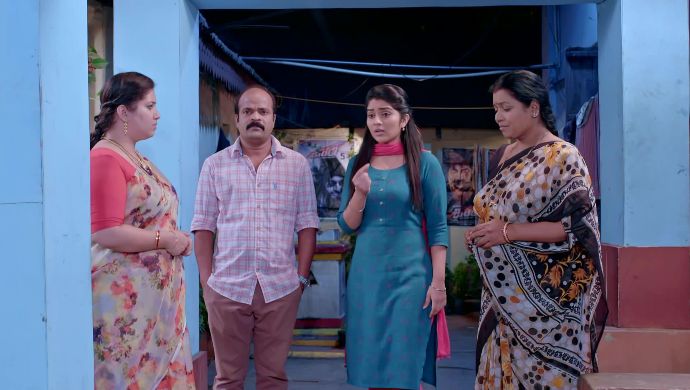 In the previous episode of Jothe Jotheyali, Meera is wondering what Anu and Arya were talking about in his office. She also analyses the change in Arya’s behaviour ever since Anu has entered his life and realises that he has become so emotional. Later that night, Anu comes back home and looks a little lost. She sees Subbu reading the Gurucharitra loudly. As she tries to stop him, Pushpa pulls her aside and tells her not to stop him from reading it.

In this episode, Anu talks to Ramya’s mother about how she has grown up in the same area with the same people who have now become their family. When Ramya’s mother speaks ill of Anu’s parents, she tells her to treat them like her own as they have all grown up together. Anu also apologises to her saying that if she has made any mistakes in the past, then it was unintentional and she must be forgiven for the same. Having taunted Pushpa, Anu tells Ramya’s mother that if she ever has any problem with their family, then she must address it instead of hurtfully taunting her and her parents. Ramya’s mother doesn’t say anything in return.

Just then, Sampath’s father comes and taunts Anu about Arya. When Anu asks him why he can’t treat them with respect and dignity, he sarcastically tells Anu that she has learnt how to speak like a wise person at such a young age. As he is talking, Ramya joins the conversation. She tells Anu that there is no point in talking to her family as they don’t understand the emotion of love. While Anu has a relationship with her parents where she can share everything with them, Ramya tells her that her family does not understand how to live under the same roof amicably.

Later that night, Anu tells Subbu that he should start talking to her again and assures him that everything will get better over time. Subbu doesn’t say anything to her.

Indra to Ram: 5 Supporting Actors From Husi Nagu Who Played Their Characters…