Anu and Ramya are leaving for college; Jhalander pretends to be an auto driver and gives them a ride. 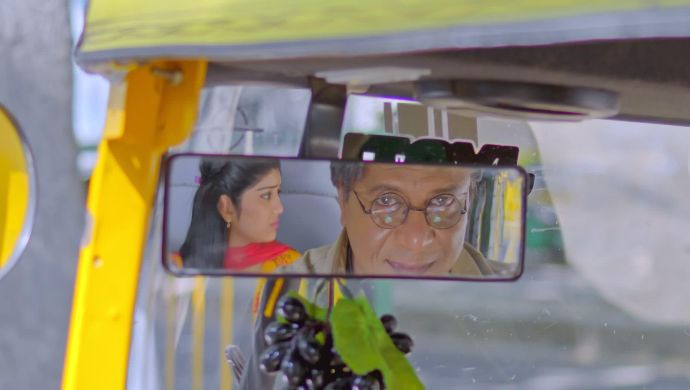 In the previous episode of Jothe Jotheyali, Ramya comes back from Anu’s house late at night. Rajini and Raghu begin to tell her to stay away from her and her parents as random people have begun to come to their house. Arya has come back home. Sharada Devi hugs him and asks him if he is feeling okay. She also asks him if Jhalander caused him any harm. He tells her not to worry and to go to sleep as it is late in the night and also tells him that she is calmer because he has Jhende to protect him.

In the next episode, Anu and Ramya catches an auto to go to college. Before they can even tell the driver where to go, he guesses their college. When the two ask him how he knows where they wanted to go, it is revealed that it is Jhalander who is dressed up as the auto driver. On the other hand, Jhende has tried to trace Jhalander’s whereabouts but fails. He calls Arya and tells him that Jhalander escaped before he could catch him. Arya tells him to leave the responsibility of catching Jhalander to him.