Anu pretends to be asleep; Arya says I love you to Any assuming she is asleep 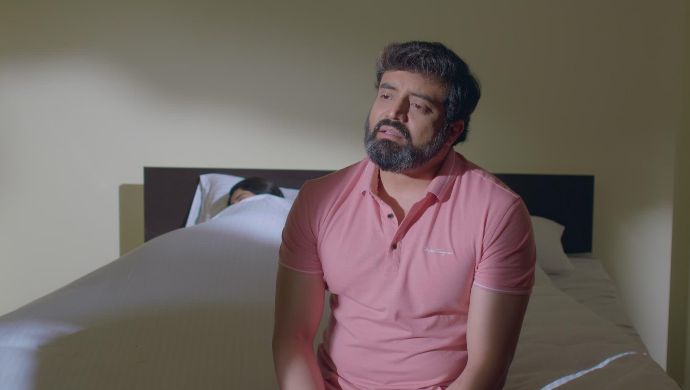 In the previous episode, Anu and Arya have come to a lodge. The receptionist is talking in a very odd tone where he asks Anu if it is her first time. Anu, as innocent as she is, agrees. Meanwhile, Jhende sick worried about Arya goes in search of him. He goes to Anu’s house to see if Arya is there.

In this episode, Anu wishes Arya a very happy new year and gives him a gift. She tells him that she prays that he gets everything that he desires from the bottom of his heart. He also asks her if she already knew that he would stop her from going to Hubli. She says she wasn’t completely sure but she had hope. Arya is stunned. She also asks him if he has any return gift with the intention to find out if he has anything he wants to tell her. Elsewhere, Jhende calls Arya’s house to find out where he is. Jhende is desperate to find out where he is and thinks to himself that Anu is not good for his best friend.

Arya is only thinking of the fact that Anu said she had hope with regard to him. He is contemplating if he should tell her the truth about his feelings or not. He starts thinking aloud about life when Anu is asleep. He is explaining to her that he didn’t intend on developing feelings for someone who is so young. While she is sleeping, he apologises to her and tells her that he is just not able to confess his feelings. But there are other elements in this situation that need to be considered. Eventually, he says, “I love you” to Anu and falls asleep. Anu is awake and listening to everything that Arya had to see. She wakes up with joy just as he falls asleep.

Monday Motivation With Ramesh: Are You Increasing Your Jawabdaaries On A Daily…