When Anu asks Pushpa why Subbu came to the office, she tells her about her marriage to Neel. 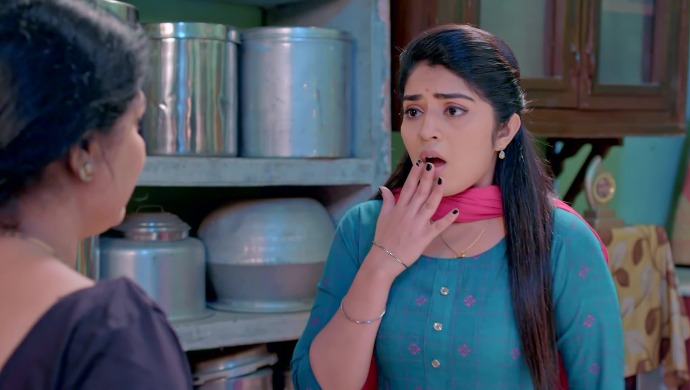 In the previous episode of Jothe Jotheyali, Subbu comes to the office to meet Arya to talk about Anu’s marriage. Before doing so, he tells Arya that the latter has always been there for the family and supported them which is what brought him (Subbu) to have a conversation with him. He, however, talks to Arya about uniting Neel and Anu, which shocks him. Arya was under the impression that Subbu came to discuss his union with Anu. Later, just as Subbu is leaving, Anu comes running into his office to ask what her father was doing there. Jhende tells her that he came for some work regarding his saree shop.

In the next episode, Pushpa tells Anu that Subbu had come to the office to talk about Neel. She also mentions the fact that Subbu wanted to ask Arya to help Neel and her get married. Anu is taken aback to hear this. Subbu, on the other hand, is reading a book and is unaware of the conversation that the two of them are having. Anu is in disbelief and when Pushpa says that they should have spoken to her before going, the latter agrees.

Why You Must Watch Comedy Khiladigalu Season 3 Again For Your Daily Dose Of Laughter!