When Arya thinks that Subbu has come to talk about his relationship with Anu, Subbu tells him to help Anu and Neel get married. 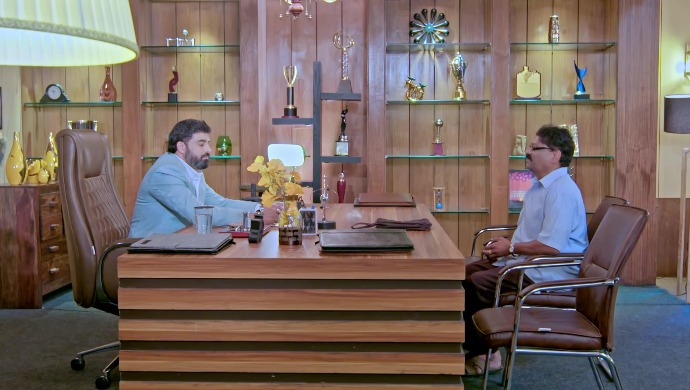 In the previous episode of Jothe Jotheyali, Anu asks Arya why Neel was sent back to Australia. She asks him many questions such as why he came to the park and who it was that spoke to him on the phone. Arya tells her that he has gone back to Australia to study. Meanwhile, Meera is in a fix. She blames herself for everything that happened with regard to Neel. She tells Jhende that it was a genuine mistake and feels extremely guilty about it.

In this episode, Subbu comes to the office to meet Arya to talk about Anu’s marriage. Before doing so, he tells Arya that the latter has always been there for the family and supported them which is what brought him (Subbu) to have a conversation with him. Arya believes that he has come to talk to him about Anu and his relationship and begins to smile about the same. Subbu, meanwhile, says that he knows what is in Anu’s heart and has come to discuss it. He also adds that Anu and Neel were introduced through this very office.

Arya is taken aback as he realises that Subbu has come to talk about Anu’s relation with Neel. Subbu also praises him a lot so much so that he expresses his feelings about how he feels Anu and Neel should get married. He also says that the age difference between them is not very much. Arya is shattered and unable to say anything. However, Subbu continues to talk without realising how uneasy Arya is feeling. Just then, Jhende comes over. Arya tells him to explain that Neel has flaws and is not the right person for Anu which takes Subbu by surprise.

Just as Subbu is leaving, Anu comes running into his office to ask what her father was doing there. Jhende tells her that he came for some work regarding his saree shop. When she repeatedly asks him why Subbu came, Arya tells her to leave the room and focus on working in the office. Anu does as she is told. Meanwhile, Ramya and Sampath are talking about the spread of coronavirus. Their parents also discuss the fact that Arya sent Neel to another country as he couldn’t stand anyone coming close to Anu.