Jodi Hakki’s Janaki Revealed That She Is Great Friends With Nanditha: EXCLUSIVE Interview

Our EXCLUSIVE interview with popular actress Chaithra Rao, aka Janaki of Jodi Hakki, proved to be a pleasant surprise. Some juicy details inside! 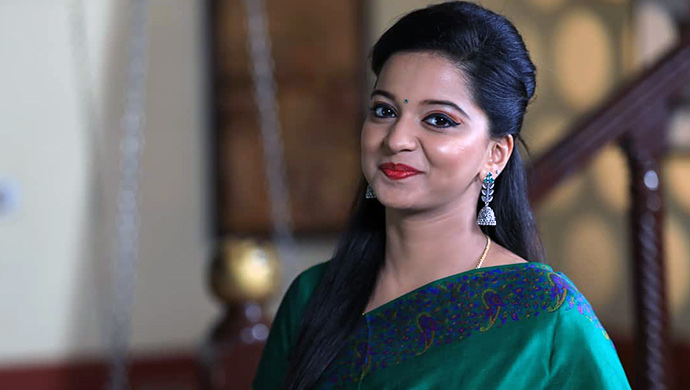 Popularly known as Janaki on the hit show Jodi Hakki on Zee Kannada, Chaithra Rao is a young actress filled with bucket loads of talent. Her fan following is the biggest proof. With a cute dimple, this young lass has impressed countless fans as Janaki, wife of Rama (played by Thandav Ram). She began her journey on the show as a teacher, then won the heart and soul of her self-proclaimed celibate husband and has recently cleared the IAS exam successfully to become an officer in the civil services. To treasure this journey we wanted to get to know the thoughts running in Chaithra’s mind so we conducted an Exclusive interview with the actress to know about her journey on the show and with her co-star Nanditha, played by Pallavi Gowda.

Additionally, the actress also spoke about whether she relates to the role and her passion for theatre and dance. So, whenever you are ready, scroll down.

Q. How do you feel now that the show has completed 600 episodes?
A. I feel really happy. Whenever I go outside, they don’t recognise me as Chaithra, instead, they still address me as ‘Janaki teacher’. In fact, even on Zee Kannada, even our EP calls me teacher amma while talking, so I feel so happy that people have connected so well with the character and I personally feel I have done some justice to the role. So it makes me happy to know that fans have actually accepted me to such an extent and with such ease.

Q. Even though on-screen Nanditha is your arch-nemesis, off-screen you both are really good friends. Would you like to comment on that?
A. We have a lot of fun off-screen. Since the last six months were haven’t been able to work much together as the story had deviated a little. But now that we are back together in the same house, it is difficult to portray that we hate each other on-screen, because off-screen we are always making jokes and having a blast. And how much ever time we get on-sets we ensure to have great fun together because to meet outside, she is also a little busy because apart from this, she is doing two other serials. So we make the best use of the time we get on sets to do maja.

Q. We’ve learnt that you also have a passion for theatre and dance. Any comments on that?
A. Dance and Theatre have helped me to be an actress now because, without anything, it is difficult for the audience to accept just acting. So that has helped me a lot. Even in theatre, we will have a lot of preparations for being a character. You have to understand what to do in between the lines and practice every bit. This is has helped me be Janaki onscreen, and my theatre gurus have helped me a lot too. For example, whenever I was in doubt about how to play a certain side of Janaki, I would always call them up to verify my doubts and seek some advice.

If you would like to give a message to the actress, type in your comments and send it in the space below with #JodiHakki.

The Hamsaloka Round On Sa Re Ga Ma Pa Li'l Champs Season 16 Saw The Celebration Of Mahaguru Nadabramha Hamsalekha Sir. Click Here To Watch The Episode On ZEE5 Now