Yes! Despite Nanditha’s plans, Janaki has successfully become an IAS Officer. Keep reading to know about a SHOCKING twist about her maava, Appanna! 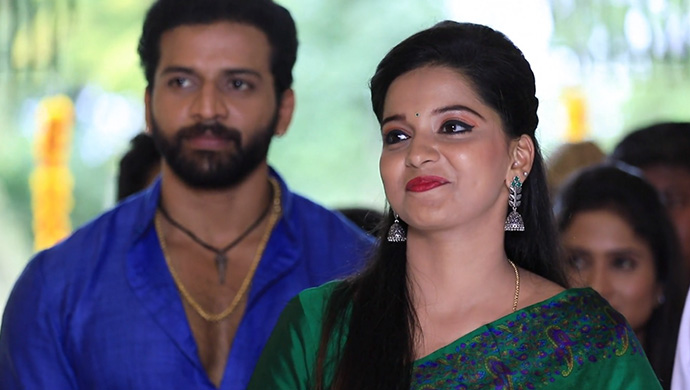 Just ten episodes down after it’s 600th mark, the hit show Jodi Hakki has enthralled us again with a super-major twist! And we’ll get to it in just a minute. After the sad demise of Rama’s mother Parvathi, things seemed bleak in the Doddmane. But thanks to Janaki’s perseverance, Rama and Appanna got through the heartbreak phase. Nanditha, on the other hand, upset that she didn’t succeed at putting an end to Janaki’s IAS dream, realises that killing Parvathi was actually a waste.

Time for you read and see the high points of Jodi Hakki since Parvathi’s untimely demise.

1. Rama and Appanna get furious with Balram for trying to offer a bribe when they are still mourning Parvathi’s death

2. Nanditha uses this opportunity to convince Balram to make a deal with her about the property at hand

3. The next day, Rama brings the good news that Janaki now has only one exam to clear before becoming an IAS officer

4. When Appanna asks Rajeeva to give an explanation for trying to make him sign on the papers that Balram gave, the latter fails to give a proper response

5. Before he is about to spill the beans, Nanditha arrives there and changes the whole story to cover what she did

6. All of Janaki’s loved ones send her away to Delhi for the final exam with love and some tears

7. Nanditha makes a final attempt to stop Janaki from going to the exam by standing in her way, but fails

8. When Janaki returns as an IAS officer, Nanditha realises that things are never going to be the same

9. Just as things go on smoothly, Janaki gets a shocking call from the Home Minister and is in disbelief

10. When Appanna probes into the matter Janaki reveals that an arrest warrant is issued in his name

11. Rama gets furious with whoever filed a complaint against his father and asks Janaki to do something

12. Appanna, who tries to support Janaki for doing the right thing is met with embarrassment from his daughter-in-law

13. Rama gets furious with Janaki and asks her to resign from her post if it means Appanna’s arrest will be prevented

What will Janaki do now? Did Nanditha just get another opportunity to take the ball back to her court? Stay tuned to find out.

Watch the hit film Thayige Thakka Maga, on your ZEE5.

Watch Your Favourite Recipes On the Hit Show Hosted By Murali, Oggarane Dabbi, Streaming On The ZEE5 Platform

When Vedanth-Amulya, Manja-Anu Got Caught In A Romantic Moment, And We Were Like 'Awkward'