Jodi Hakki Weekly Recap 27 June-3 July 2019: Nanditha Finds Herself In A Bit Of A Soup

In the last week on Jodi Hakki, Janaki and Rama, albeit with much difficulty, manage to get a confession out of Rajeeva. Find out what happens now! 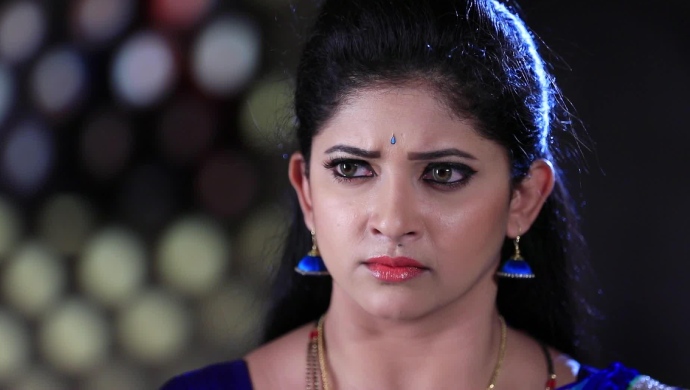 Since Janaki has become an IAS officer on the prominent show Jodi Hakki on Zee Kannada, her life has been nothing but a roller coaster ride. Firstly, hats off to her for clearing such a difficult examination and becoming an IAS officer! Secondly, the success came despite all of Nanditha’s plans and schemes to prevent Janaki from achieving such a big position. Now, after Janaki came back as an officer of the civil services, the first shocker she got was that her father-in-law, a.k.a. Appanna, was to be arrested by her for some illegal activities. While obviously he was innocent, guess who was behind his arrest? Two points for you if you guessed Nanditha.

After many attempts, Rama is finally able to meet his father in jail and feels extremely heartbroken. Their lawyer soon gets to the point and asks Appanna to check if the signatures on the illegal property papers were actually his. Meanwhile, the villagers make a desperate attempt to bring forth their problems to Janaki and are successful despite her secretary’s rude interference. She then gets to the bottom of the water problem in her town and finds an apt but temporary solution. Elsewhere, Appanna remembers that the only person who took signatures without his knowledge was Rajeeva, and tells this to Rama.

1. Nanditha makes a plan with Balram to kill Rajeeva before he reveals the truth.

2. Janaki finds out from her subordinates that Nanditha could very well be behind Appanna’s arrest.

3. Janaki then calls Rama to meet her outside to tell him about their sister-in-law.

4. Soon, Rama and Manja decide to find Rajeeva at any cost to know the full truth and get Appanna out of jail.

5. Suddenly, Rama spots Rajeeva being taken away forcefully and follows the car.

6. Nanditha tells the final part of her plan to Balram about how she is going to cover up their tracks.

7. Finally, Rama and Janaki get their hands on Rajeeva and ask the inspector to do an enquiry outside the station.

8. Meanwhile, Manja tries to save Rajeeva’s family from Nanditha/Balram’s goons.

9. Rajeeva confesses everything to the cops about how he was blackmailed that his family will be in trouble if he didn’t work with Nanditha.

10. Janaki then asks for full protection for Rajeeva’s family and issues an arrest warrant for the goons immediately.

11. It isn’t late before Rama finds Balram’s hideout and teaches him a good lesson.

12. The cops soon make an arrest and Rajeeva’s family, along with Manja, are saved.

13. Manja lightens the mood a little bit with some praise for Rama.

14. Rajeeva and his wife thank Rama and apologise to him for the betrayal.

15. The remaining goons are soon arrested.

16. Janaki is excited to give the good news to Rama and they both share a hi-five

What will Nanditha do now? Will she be arrested for her crimes? Stay tuned for the next update to find out.

Watch your favourite Kannada movies on the ZEE5 platform by clicking here.

Are You A Fan Of Dr Vishnuvardhan? Then You Must Watch The Mythological-Drama Film Nagarahavu Where CGI Experts Brought The Sahasa Simha Back On Screen. Click Here To Watch The Film On ZEE5 Now

Seetharama Kalyana To Simba: The July Roster Of ZEE5 Has Some EXCITING Content Coming Up