Janaki and Rama are as different as chalk and cheese, but there are many things to learn from their relationship. Read on to find out more 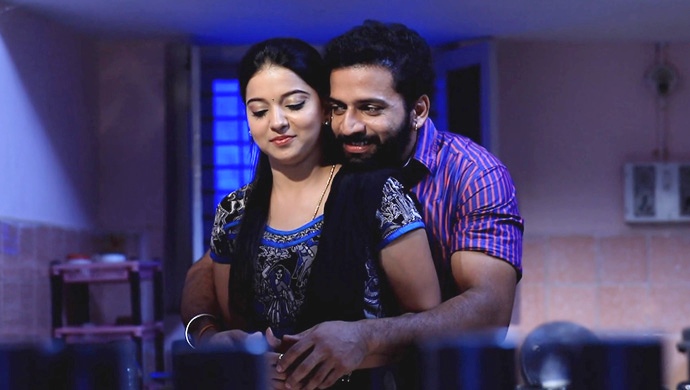 Jodi Hakki which basically means a ‘pair of lovebirds’ is more than just an entertainer. It is an enriching story of two people who come from different backgrounds but end up getting married in spite of their differences. Rama and Janaki are a perfect couple and here are few qualities that we all must imbibe from their relationship.

The most important thing between two people is having respect for one another. A relationship will not work if there is no dignity between individuals. While it is only normal to have differences, these must also be respected the way Janaki and Rama practice this value with each other. Even though Janaki is well-read and Rama is not, the latter values her profession and the work she does.

What makes this relationship between the two so special is their distinct characteristics. Rama has a shy personality while Janaki is absolutely confident and naughty. Janaki takes every opportunity to play all the pranks possible on him just to see his hilarious reactions. Janaki is spirited which also brings out Rama’s mischievous side! She also never forgets to sneak in a laugh or two when Rama is easily embarrassed. Couple goals much?

As human beings, all of us have our own shortcomings. However, in a relationship, they tend to get amplified. Janaki and Rama use this to their advantage where they focus on the good things about each other and support one another in every endeavour.

When we talk about sharing responsibilities, it’s both physical and mental. It is the ability to support each other emotionally and mentally, in both happiness and difficult times. When the burden is shared, you automatically seem to be able to handle anything that comes your way. Janaki and Rama are able to share everything that bothers them as well as makes them happy. And this is what makes them true partners for life.

It is well known that Rama and Janaki have not had it easy. Nanditha is always throwing hurdles their way but they have always successfully overcome the same. Not only have they proved that good always wins over evil, but they have also defined that persistently fighting obstacles together is what will help get through any difficult situation.

Catch all episodes of Jodi Hakki exclusively on ZEE5!

Here’s What Preethu Must Do To Marry Janani, The Love Of His Life, In Paaru