Originated in India, Yoga is an ancient practice to calm the body, mind and soul. Chitra from Yaare Nee Mohini and Kamali love the practise too! 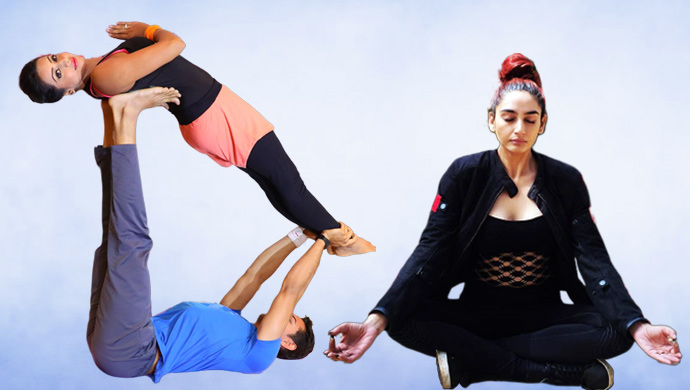 Since it’s inception four years ago on 21st June 2015, International Day of Yoga, also known simply as Yoga Day, has received a huge appreaciation from pratictioners around the world. Declared unanimously by the UNGA (United Nations General Assembly), the day is to ensure all yoga practitioners come together to promote it even more. Our PM Narendra Modi was the one, who suggested the date as 21 June because it is the longest day of the year and also has some cultural significance in many parts of the globe. If you already didn’t know, the practice of Yoga originated in India, many millennia ago, and has been practised by generations of Indians. The benefits of the art are alarmingly good as it has something to keep your mental and physical health in the best of spirits. Many stars from Sandalwood and the Zee Kannada channel recognise this and have imbibed it as a part of their life.

These include Sandalwood actors Golden Star Ganesh and Ragini Dwivedi to name a few along with TV stars like Amulya Gowda (Kamali) and Bharati Hegde (Chitra from Yaare Nee Mohini). We are bringing great motivation to you today to start the practice of yoga with the permanent perk of staying fit all your life, thanks to these celebs. Take a look at their pictures yourself.

Not only did this gorgeous actress accommodate yoga in her daily life, but she is also part of a yoga school too!

For Ragini, yoga is all about gaining inner peace and happiness. Do you agree?

Did you ever think that the Golden Star would indulge in yoga? And look at what a damn good job he is doing?

This cute actor likes to practice yoga outside while getting some fresh air too! Do you like to do yoga indoors or outdoors?

She is one of the most prettiest TV actresses I have come across only because of her grace and poise. Yoga helps you do that too!

“To find the best ideas you have to go deep within yourself.” #yogapose #naturelove #peace ✌

Namma Kamali is a nature lover too and likes to do yoga outdoors. Be like Kamali and start yoga today!

Advantages of starting yoga right away include correction of your body posture, increase flexibility, circulate good blood flow, increase focus and balance of the body and much more.

Speak to us about your yoga goals this year, in the space given below.

Watch The Latest Episodes Of Weekend With Ramesh Season 4, By Clicking Here On ZEE5