#1 was the most startling fact for me. What about you? 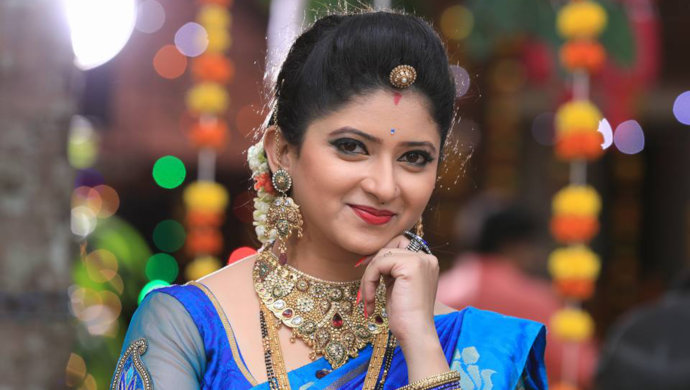 Namma favourite negative character Nanditha, from Jodi Hakki, has always kept us inspired through her social media pages. Last year, she was seen wearing the traditional attire of Kalaripayattu, a martial arts form practised extensively in Kerala. Martial arts are basically combat practices that maintain a healthy balance of the body and mind.

Learn about Nanditha and her father’s plan for Rama here:

Inspired by Nanditha, here are five facts about Kalaripayattu that you should know about.

This ancient art of combat is traced back to the Chola dynasty and enables participants to gain their strength by mimicking the stances of wild animals like an elephant or a tiger.

The name is derived from two words; Kalari which means battlefield and Payattu which means to get trained for. When combined together, Kalaripayattu means the art of getting trained for a battlefield. Like Kung Fu, this art of combat also concentrates on your inner strength before dwelling on your physical strength.

The outfit includes a long piece of cloth tied to your waist like a dhoti, with an appropriate blouse. The form also uses weapons like a sword, a shield and spears for defence tactics.

You must not fight too often with one enemy, or you will teach him all your art of war😈 #alliyambal🌷 #alli👩🏻‍🏫 @zeekeralam #songshoot #alleppey #kalari

Kalaripayattu is signified by its use of weapons, mid-air acrobatics and smooth movements. While these weapons are important in many formats of this martial art, they are not compulsory. It means that this combat form can be played out without any particular weapons.

Kalaripayattu, which is known for its swift movements, helps the practitioner develop a fighter’s reflex. This is extremely helpful in cases of a sudden attack. It means that once you are a pro, you will be ready for any sudden advances made towards you.

To practise Kalari, it is very important for a person to build good stamina because this form is known to drain the energy out of its best practitioners. Your confidence will increase and give you a sense of balance if your stamina is intact. Jodi Hakki’s Nanditha looks just like a Kalari fighter with her weapons drawn close and focus in her eyes.

Do you know any more facts about this art of combat? Let us know in the space given below.

If you like daily soaps centred around women, watch Paaru is your go-to choice. Stream it on ZEE5 for free!

To Get A Taste Of Janhvi And Ishaan's Unmatched Chemistry, Watch Dhadak Now

Gattimela 1 May 2019 Preview: Aarthi Pleads To Vikranth To Forget About Her