If Your Marital Life Is Like Namma Subbalakshmi’s, Here Are 5 Life Lessons To Keep In Mind

It is very difficult to be a part of a failed relationship. Like Subbi, if you too are experiencing something similar, these tips might just help! 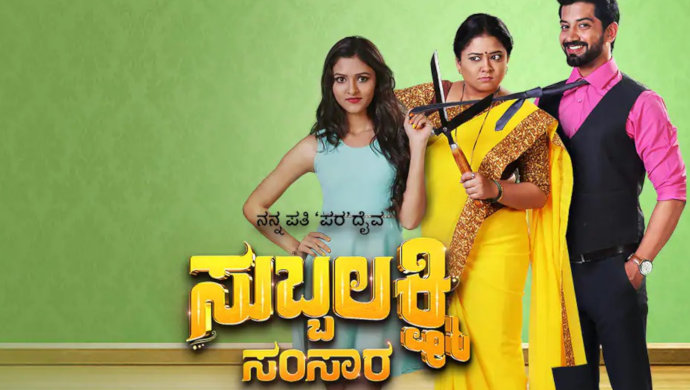 Infidelity and adultery are few words to describe the misdoings of an unfaithful partner. It becomes difficult to cope with such situations, especially after marriage. In a country like ours, pre-occupied notions of what the society will say or what will relatives say, are the genuine concerns of a housewife. On the Zee Kannada show Subbalakshmi Samsara, the protagonist Subbalakshmi faces difficulties in life because of her husband’s infidelity.

Kaushalya’s shocking decision for Subbi can be viewed in this episode:

Her innocence is crushed when she finds out that her husband is cheating on her with his secretary, Shanaya. Over the course of time, she becomes strong mentally and finds the courage to tackle not only her husband but his love-affair as well.

Here are five life lessons you too can learn from Subbalakshmi if you are in a situation like hers.

1. Try to salvage your marriage by doing everything right

In the beginning, Subbalakshmi tries to gather the broken pieces of her marriage by being on her best behaviour in front of him. This she does in the hope that he will one day get back to her. Bound by her traditions, she initially refuses to believe that he is not meant for her, which is a common notion among many women.

2. Focus on your strengths

Over time, Subbalakshmi starts focusing on herself. Her neighbours and friends support her cooking talent and ask her to pursue it further. With her confidence slowly boosting, she gains the courage to stand up to her husband and his mistress. It is important to understand that your likes and dislikes matter, so go ahead and make them your weapons!

Soon, she is coaxed by her peers into selling her products locally. Find the talent that you have and pursue it without thinking twice. This will not only teach you to be independent, but will also help you financially. Sure, there might be a whole lot of chaos in the beginning, but look at the brighter side, you forget the negative stuff going on in your life and concentrate on more productive things.

4. Be happy, you don’t need anyone

When he can’t break her, Guru and Shanaya then try to ruin her path to financial success. However, they fail in every single attempt. Unaware that she gets stronger with each of their blows, they concentrate on making sure she is never successful. Guru burns with jealousy when he realises that she can live a happy life without him. As it is rightfully put, kill them with kindness.

5. Depression is neither the answer nor the solution

Despite a few lows in her life, Subbalakshmi stands victorious and steadily gains success in her career. Simply put, don’t shake hands with depression. It not only gives your spouse an upper hand over you but also brings down your morale drastically. Learn from Subbalakshmi and move on from things that do nothing but ruin your mental state further.

If you have any easier mantras or have experienced a similar situation as Subbalakshmi, share your stories in the comment box. If you want to keep it personal, no pressure.

If Action-Drama Films Are Your Favourite, Don't Forget To Watch Munna Michael Tonight

World Chocolate Day: 7 Childhood-Chocolate Confessions That Will Remind You Of Your Own