If You Like Slow Music, Listen To Raaga Soundtrack By Arjun Janya

Since the movie Raaga resembles a fairytale, it is natural the songs too would be dreamy. My favourites were #2 and #3. 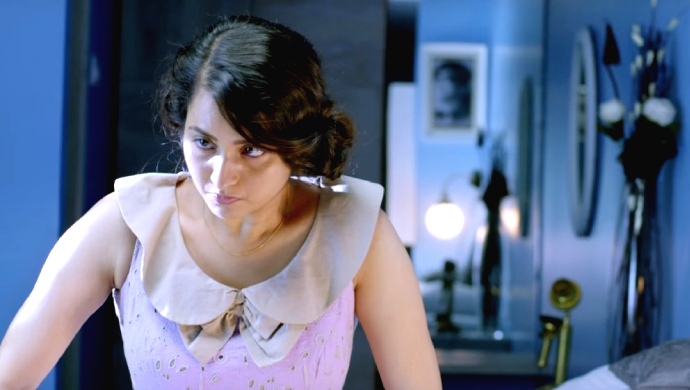 If you like good music, the film Raaga is for you! Directed by PC Shekhar, this movie talks about how two people who cannot see the world, have bigger hearts than any normal person. They fall in love but soon face obstacles in their paths. How this love story finds meaning is something to look forward to if you still haven’t watched it.

To fall back into the time of the 50s, watch this beautiful love story here:

Raaga has a total of five melodious and meaningful tracks including the theme title of the film. As usual music director, Arjun Janya has delivered brilliantly by putting together a good mix of songs into the movie. Are you ready to add the songs of Raaga onto your playlist?

Aalisu Baa introduces the character Mithra in the film and is truly a treat to listen to. It portrays Mithra in the role of a blind but an extremely content man. His daily routine and other aspects of his life can clearly be seen in this track.

Manasina plays out over the time when Anu and Mithra start getting to know each other. It is a super cute song because of the way the two have shined bright in their on-screen chemistry.

Belakendare brings together the love of Mithra and Anu through a coincidental series of events. A happy song like this showcases the simplicity of their romance. For example, sitting at the hospital bench and cracking jokes etc.

Yaare Nee is a slow and sad song, but don’t worry it is placed perfectly. It concentrates on Mithra’s vulnerable heart that is filled with sorrow. In my opinion, this song was needed to bring out the right emotion at the right time (for more details, watch the film!)

Let’s just say for now that the makers of this film deserve credit and much more for making such a delightful film. Not to forget the splendid way they have brought forth the simple idea that smaller things make up for the finer things in life.

If you loved the film, let us know your favourite part in the comments section below!

For An Action-Packed Weekend, Bookmark The ZEE5 Original Series Rangbaaz