In an EXCLUSIVE interview with us, actor, activist and theatre person Prakash Belawadi spoke in detail about politics and Narendra Modi. 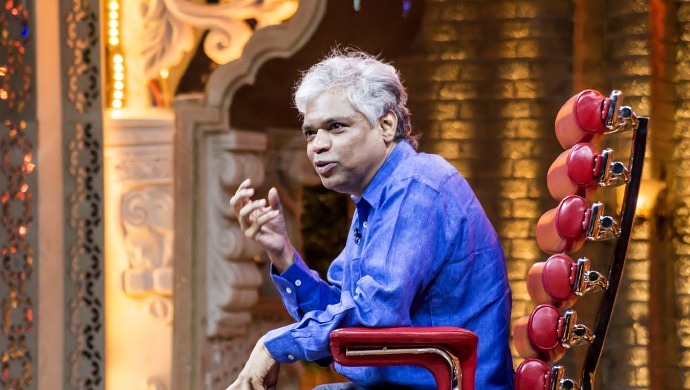 Recently on the prominent chat show Weekend With Ramesh Season 4, Prakash Belawadi is more than just an actor. His love for ecology and subjects on the same line are unbeatable along with his love for theatre too. After indulging with us about his upcoming projects, his experience on the chat show, his experience with host Ramesh Aravind itself, in this final part of the EXCLUSIVE interview, Prakash Belawadi gave us his thoughts on how the future leader should be.

For all of you who are eagerly waiting for the election poll results, you might definitely want to know what this brilliant actor and activist thinks about the whole situation. As a bonus, we also got a chance to ask him about the film Madras Cafe on the occasion of Anti-Terrorist Day. He told us in detail what he thought about doing such a delicate role of playing the mole in the whole onscreen conspiracy of the film.

Without any further ado, let’s get straight to it.

Q. Tell us about the three expectations you have from the new government.

A. Firstly, the new government should sort out the mess in the banking sector. Stressed assets and NPAs should be resolved, the defaulting big borrowers, as well as the corrupt banking officials and their colluding political masters and bureaucrats, should be given an exemplary punishment. There should be clear and established a due process in lending and dispute resolution.

Second, the agricultural sector needs overall reform. Loan waivers are expensive and don’t change the reality on the ground. Instead, the new government should invest in a scientific and methodical farm production, pricing, insurance and market distribution system with demand forecast and supply estimates. The country should use digital technology and satellite data to decide what to grow, where and how much to find optimal demand-supply equilibrium, rationalise pricing, overcome problems of land fragmentation and plan distribution well ahead of harvesting. The APMC law should be scrapped.

Third, reform in other sectors: the government must ensure that the Niti Aayog recommendation on investing 6 per cent of GDP in education must be implemented. Every child must have equal access to quality education. Regardless of the nature of the educational institution, minority -, state -, or Union government controlled, a child, at the very minimum, should know how to read and write in the local language and English, learn mathematics and basic science.

Institutions should be professionalised: we need a police commission in every state, transparent and rational process for judicial appointments, a clear and institutionalised process for land use and planning across the country for better ecology, health and economy.

Finally, we need constitutional reform to realise the principle that all are equal before the law – whatever region, language or faith.

Q. We would be interested to know your political views.

A. There is nothing more descriptive about me because I am really political. And it creeps into everything I do. My talk, my theatre work, my activism is all political. That does not mean it is political according to a political party. It is political in the sense of equality, equitability, equity; these are big questions for me. Even identity, these are all big ideas for me. My topmost priority is ecology now. From now till the last day of my life I am going to work for ecology because I think Ecology is the most critical question facing humanity and no religion, no nation, no caste, no race, no language, no political matter, nothing matters as much as saving the planet. So that is my first priority and my politics is determined by large by ecology. Of course, it leads to contradictions, I feel I fear, for instance, Narendra Modi whom I support has compromised ecology. Now the thing is discussing contradictions is my zone of operations. But I feel all politicians do this, and right now I am conflicted because I have supported Narendra Modi but I also think he has done great harm to the environment. So my arguments and everything lies in this zone okay. So whether it is about my language, my country, my state, everywhere you will find these contradictions. You see there is a choice to make in action and a choice to make in support. Between these two choices sometimes there is a contradiction and that is the zone of a conversation I take because I feel we all need to learn from each other.

Q. How was it while portraying the delicate role of ‘Bala’ in the film Madras Cafe?

A. I would say, ‘Madras Café’, in a way, marks the coming of age for Bollywood in dealing with India’s contemporary political reality. It marks a departure from escapism and a hard reckoning with the history we saw in our times. Such topics are always fraught, even more so than contested histories of ancient or medieval times, or even a century ago. We now see many more such films, like ‘Tashkent Files’ right now.

Give a shout out to Prakash Belawadi if you agree with his thoughts, in the space given below.

Watch the Prakash Belawadi Special On Weekend With Ramesh Season 4, in case you missed it, by clicking on the link.

If You Like Movies Which Honestly Show The Flaws In Our Judicial System, Watch The Hit Film Thayige Thakka Maga, Streaming On The ZEE5 Platform.