If You Haven’t Seen The Rebel Star’s Movie Doddmane Hudga, Here’s Why You Should Do It Now

Puneeth was so excited to work with his favourite uncle, that too for his 25th film! 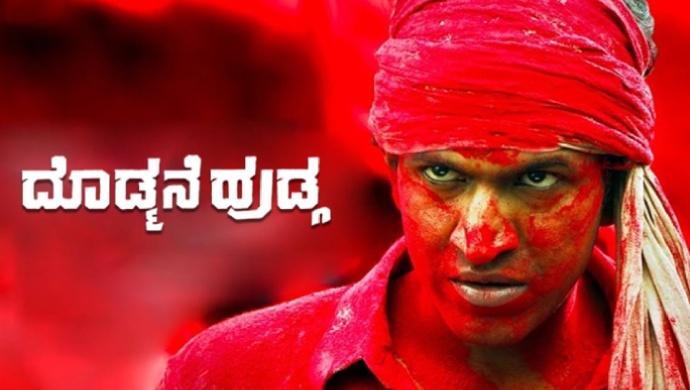 A movie about pride, family and love, Doddmane Hudga will keep you hooked till the very end. The director, Suri, who shot to fame through his debut in award-winning film Duniya, is the reason behind the film’s success. Speaking of the cast, this film enjoys an arguably powerful star cast that includes the Rebel Star Ambareesh, Sumalatha Ambareesh, Bharati Vishnuvardhan, Puneeth Rajkumar and Radhika Pandit.

So what is the story about? Doddmane Hudga revolves around two main characters, Surya and Doddmane Rajeev, who have the same enemy, Cable Babu (played by P Ravishankar). To know how they are all are related, you will have to watch the film first. Don’t forget Radhika Pandit, who plays the role of Nisha/Usha, Surya’s love interest. Since we were curious to know about what the cast thought of this Suri directorial, we did some digging.

In an interview with a leading daily, Puneeth shared what he thought about his role in the film. “Simply put, I am the hero of the film. See, its’ always the same thing in all movies ‘ the hero is a young guy, there’s a romance angle, there are fights’ All I can say that it is the kind of character that Suri generally imagines his heroes as. He’s got a lot of dimensions, and it was fun to essay this character,” he said.

When asked about his feelings after performing at the same spot as his esteemed father, the legendary Rajkumar, he said, “It was an amazing experience for me to be at the same venue. Before the filming of the song, we shot a scene at the same circle and I never thought that we would go back there to shoot a song. The kind of crowd that gathered there was fabulous. More than the dancing, this song is made for the people.”

And what did he think about acting alongside The Rebel Star? “This is my first movie with Ambareesh uncle. He’s worked with everyone in my family ‘ be it my dad or my brothers Shivanna(Shivarajkumar) and Raghanna (Raghavendra Rajkumar). I was the only one left. I used to see him with my colleagues in their movies as well, so I was waiting for an opportunity to do a movie with him, and that’s happened with Doddmane Huduga. It’s my privilege to share screen space with a legendary actor like Ambareesh uncle in my 25th film.”,” he said.

His humility was reciprocated by the late Rebel Star, who said, “The Rajkumars have always held me in high esteem, and that has continued with Puneeth. He is a bigger star today than me, and it was lovely to work with him. They adjusted to me in accordance to my age on set and treated me well. However big an actor Puneeth is, to me, he is like my son. He always has my blessings.”

If these aren’t reasons enough for you to watch the film, you may want to check your fan status. For others, gather your family this weekend, with some popcorn and beverages because this is your chance to catch a glimpse of the evergreen legend Ambareesh one more time onscreen! Happy movieing to you!

Give a shout out to your favourite stars from the film, in the space given below.

Also, you can now stream your favourite Ambareesh movies on ZEE5. Don’t wait!