If You Have A Bunch Of Siblings like Gattimela’s Amulya, These 5 Things Will Be Relatable

They may be mean or annoying at times, but family is family, period! 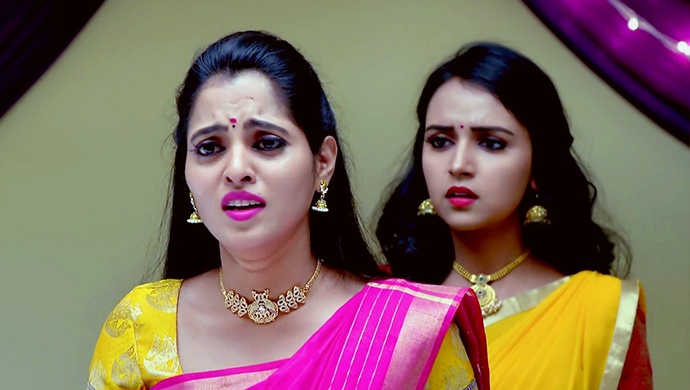 The new show Gattimela shows immense promise in the fictional aspect. Starring in the lead roles is Nisha Ravikrishnan as Amulya Manjunath and Rakshit as Vedanth Vasishta. While the story is all about how two completely different people fall in love, let’s not forget that the show is also about family.

If you have become a fan of the show, you will know that Amulya has three other sisters; Aarthi, Adithi and Anjali. Anyone who has more than one other sibling will know that life is never the same when your brothers and sisters come along. Similarly, Amulya too has her highs and lows with her sisters on the show. Let’s now see the problems that arise when your family is as big as the Manjunaths’.

When your parents yell at your siblings, aren’t you glad that it wasn’t you? It’s a silly feeling but it is true. Generally for parents, handling more than two kids at a time is super chaotic given their individual personalities.

It’s true! Especially if your situation is like Amulya’s, there is nothing called privacy in your life! Whatever you know, feel and are doing will be known by your siblings. How they find out, well…no one knows.

If, for example, you and your sister have kept a secret of one another intact for a while, one fight and it all goes for a toss. The secrets are out and the parents end up grounding both of them. Relatable?

4. As different as chalk and cheese

Just like Amulya and her sisters, you and your sibling also will be having contrasting personalities. You may not realise it but it’s true. A hand-few of them will actually have similar interests.

5. Competition to be the parents’ pet

Every time the opportunity to prove to your parents that you are the best arrives, notice how everybody comes back in order? Validation is very important by the parents in such situations, but in reality, who is the favourite? The answer is unknown!

Were these points relatable to you? Did we miss out on anything? Share your comments in the space given below.

Watch Kiccha’s The Villain if you are seeking for more entertainment on ZEE5.

If You Never Seen The Navarasa Nayaka In A Baddie Role, Watch His Superhit Film 8MM Bullet Right Away

If You Have Long Luscious Hair Like Amulya Gowda, It's Time You Tried These 7 Braids