If You Have A Boss Like Akhilandeshwari From Paaru, Here Are 5 Ways To Deal With Her

She is a rich and proud lady who can send shivers down your spine just with one stern look. If you too have a difficult boss, these tips will help you 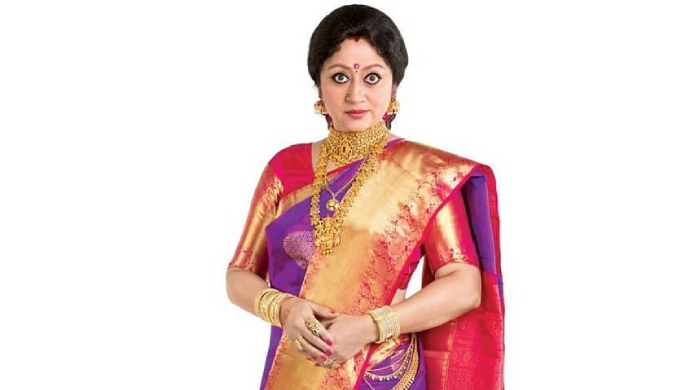 Paaru is a relatively new concept for a Kannada TV show but is gaining popularity by the minute. Starring Vinaya Prasad as Arasane Koteya Akhilandeshwari and Mokshitha Pai as Paaru, this is a total women-centric serial. To add the macho element, enter Sharath Bharadwaj and Sid Moolimani, the new hotties in K-town.

The veteran Vinaya Prasad has done a brilliant job in playing the strong-headed character of Akhilandeshwari. Being the head of the house, everyone including the house-help is terrified of disappointing her. She is a no-nonsense character who will shut you down with just her look. While things seldom please her, Akhilandeshwari doesn’t spare or even allow mistakes.

We are sure there must be one such person in your life that might scare the living guts out of you. It could be a grandparent, an uncle or a boss, but you too must have faced a situation like this before. If you have, then here are a few things that you should keep in mind while in a conversation with them.

1. Try not to have an argument when there is a difference of opinion

People like Akhilandeshwari are generally set in their ways and will have a hard time adjusting to a new ideology. It is mainly because of the pains they have taken to reach such a stature. Don’t try to state your opinion, especially when they are in a bad mood. You have to wait for the right time to voice your opinion, backed by sound logic.

2. Take a deep breath when in conversation

Sometimes such a strong personality is so overpowering that you might forget the reason why you are having a conversation with them in the first place. Stay calm because it is imperative that you put your point across in the subtlest manner.

If you do just a little bit of research or background check, you may be able to arrive at a common standpoint that you both can discuss every time you meet. That way the awkwardness is reduced, and you have something in common to talk about.

4. It’s time to bring out your adjusting pillows

Adaptation is key when things don’t go your way. Maybe for a change, you can try their ways. Try until you succeed. This way you’ll know you put in your 100% to fix a strained relationship.

5. The perfect moment is imperative

As mentioned earlier, you must be smart enough to pick the right opportunity to put your point across. They may already be stressed from earlier and might lash out on you if they don’t like what you have to say. Be extremely smart about it.

Share with us about similar incidents that you might have come across in your life. The comments box below is open!

Watch your favourite Kannada movies on ZEE5. Time to gather the family with buckets of popcorn.

The ZEE5 Original Series Life Sahi Hai 2 Is Your Weekend Pass To Unwind And Relax With Your Buddies. Don't Miss It