If You Are A Fan Of CGI And Graphics, Nagarahavu Is A Gem That Deserves Your Attention

The crew put their heart and soul into creating splendid VFX and CGI to bring Namma Sahasa Simha Dr Vishnuvardhan back onscreen. 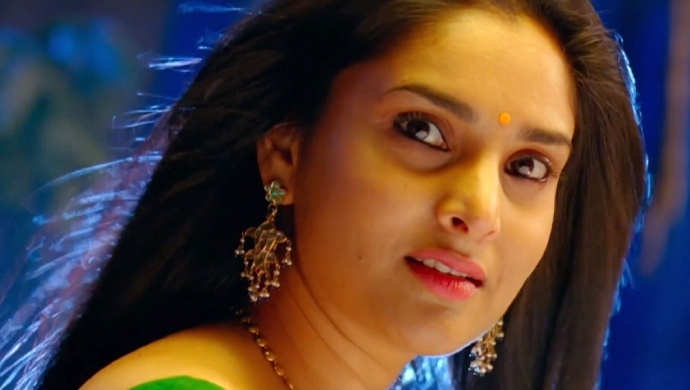 In 2016, Kodi Ramakrishna made his debut in Kannada cinema with Nagarahavu. He and producer Sajid Qureshi then came up with the fabulous idea to bring Namma Sahasa Simha Dr Vishnuvardhan back onscreen. This, they did with the help of an extremely impressive CGI team.

Most of you must be wondering what CGI is, right? Because how could it be possible to bring back a legend onscreen? Well, for starters, CGI stands for Computer Generated Imagery. It is a technological advancement in the way certain elements are added to a film via computer systems. Unlike a few decades ago, when it was easy to distinguish between what is real and what is fake in a film, CGI came in as a relief for production crews all over.

As for the blockbuster Nagarahavu, it is evident that the director and producer put in a lot of thought into it. In fact, Dr Vishnuvardhan looked so real that for a second I was confused too. Despite his untimely demise in the latter half of the last decade, a talented set of VFX (Visual Effects) and CGI teams went down to the bone to graphically re-create him on the big screen for all his fans.

How did Kodi and Sajid arrive at the decision of including the legend himself? In an interview with a leading media firm, the director shed some light on this topic. “My producer knew about the promise that Vishnuvardhan had made to me about working in a movie together. So, he suggested that he appear in the climax. I was shocked and asked how this was possible, but he said that Vishnuvardhan can be recreated with graphics. He was ready to invest the money and time to do so, as Sajid wanted the film to have an international look”, he said.

Kodi was naturally very happy with the suggestion. As it turns out the film has totally brought out the likings of an international movie that would use such effects. If you are a fan, you will watch Namma Sahasa Simha’s scenes on loop, because I know I did. Another noteworthy piece of work is Ramya’s neon blue outer glow when she transforms into a snake. It resembles a halo of sorts but the effects look superb onscreen. With her expressive eyes, it accentuates the graphics and enhances her look further.

If you have watched the film, you must have noticed that towards the climax, CGI effects have been used as well? These scenes take place just before the entry of Dr Vishnuvardhan. Kapali (played by Rajesh Vivek) wards of the King of Snakes by staying in an enchanted circle to protect himself. The hard work of the crew, who had to carefully craft each scene, can clearly be seen here.

Would you like to see Namma Sahasa Simha in more films? Share your thoughts and comments in the box below with #DrVishnuvardhan #Nagarahavu

What better way to pay tribute to the legend than to watch his old classics on ZEE5.

Are You A Fan Of Bone-Chilling Thrillers? Watch Radhika Apte's Phobia, Streaming On ZEE5 Now