I Really Loved The Character Of Shankar: Appani Sarath On The ZEE5 Originals Auto Shankar

In an EXCLUSIVE interview with Zee Tamil, Appani Sarath spoke about his experience and why he thought it was the best damn role he did in his career. 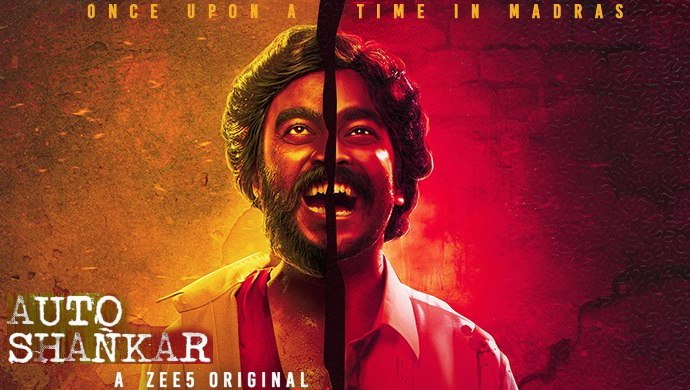 The Jimikki Kammal sensation Appani Sarath needs no introduction when it comes to his talents. However, according to the actor the experience he had while playing the lead role of a serial killer and dreaded gangster on the ZEE5 Original Series Auto Shankar, gave a boost to his career. This was because he still hadn’t explored the digital platform. The web-series takes us briefly through the life of a criminal, who spread fear through the streets of Chennai in the late 80s. Gowri Shankar (name changed to Auto Shankar in the series), was a Kollywood addict and for most of his life remained living hand-to-mouth. Soon, an inner desire for power and control came out causing him to take the estranged path. The show also looks at how Auto Shankar rose and fell to a fatal end.

For Director Ranga, it must have been a tough choice to pick the perfectly suiting candidate. Enter Appani Sarath, the versatile actor known for his award-winning debut film (as an antagonist) Angamaly Diaries. In a recent interview with the Zee Tamil team, the actor spoke about his experience and how he managed it all. First and foremost he confessed that as an actor, the web series format gave him more scope in terms of acting and exploring his inner talents.

He exclaimed that he was thrilled to be given such an opportunity to work on a digital medium since the versatility of an actor increases by exploring all the entertainment mediums out there. About his character of Auto Shankar, Appani said, “I really loved the character of Shankar, as I really had to read and research a lot about Auto Shankar’s life to imbibe the character. I had to go into the streets of Chennai to understand how people perceived him and what made him the terror on the streets.”

According to the actor, he felt satisfied after playing a serious character like Auto Shankar. The reason for this was because he got the opportunity to given in his full potential in developing a role that viewers wanted to see. For the most part during the shoot, the Mr Sarath didn’t feel like himself, instead, he felt more like Auto Shankar, so much so, that the character still haunts him sometimes.

If you didn’t know already, the ZEE5 Tamil Original Series Auto Shankar will release in Kannada tomorrow, 13th June 2019, so watch it without fail and let us know your thoughts about the show, in the comments below.

Stream the latest episodes of Kamali, for free on the ZEE5 platform.

Watch The ZEE5 Original Series Rangbaaz To Know About The Rise And Fall Of The Notorious Gangster Of UP, Shri Prasad Shukla, Streaming On ZEE5

Gattimela 13 June 2019 Preview: Vedanth And Amulya Find Themselves In A Family Soup