Radha, or Paaru or even Amulya face different problems at work every single day, and still, they fight back and keep moving forward. 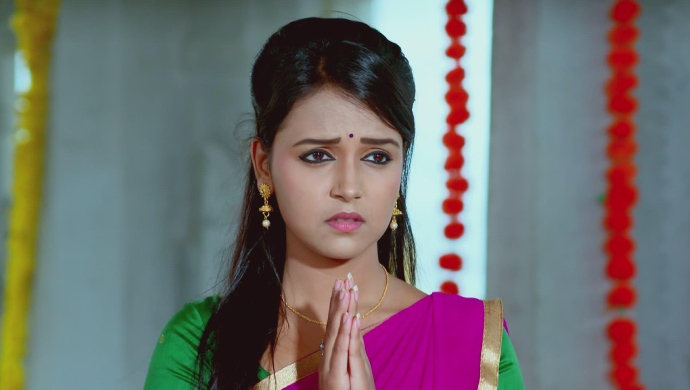 Being a woman comes with many responsibilities and sometimes these can overburden any of you, it’s only human. Our channel Zee Kannada is one such platform that not only has almost all women-centric primetime shows but is also a medium to focus on the issues women from different walks of life face, on a daily basis. While many people try to seldom speak about such issues, we couldn’t be more proud that Zee Kannada has painstakingly taken the efforts to be more relatable to the women-folk of the state.

Today we would take you through problems faced by all the working women on Zee Kannada like Amulya (from Gattimela), Radha (from Radha Kalyana) and Paaru.

Amulya is like the son of the house and needs to keep her job to ensure that her family’s financial condition is sustainable. And as fate had it, she got employed in Vedanth’s firm. Vedanth; her worst enemy. Many times it may happen that you join a work firm where the boss as a strict as Vedanth, so you may get extra-tough challenges that you may think are not humanly possible. Now, think about all those difficult situations that Amulya faced because of Vedanth and the fact that she did not give up. Her respect and work towards her job were more than some petty-minded boss making her struggle.

Radha’s case is very different from Amulya and I will tell you why. It’s because, Shri Krishna is an extremely careless and irresponsible young man unlike Vedanth, who shows off his wealthy background with the wrong attitude. While having money shows status, by demeaning other people who aren’t in that stable condition is outright wrong! It’s what is Shri Krishna is doing to poor Radha at the moment. Making her put in her blood and sweat (literally!) in order to ensure she herself quits. What he doesn’t realise or rather wants to realise is that Radha is not there for free money, she is a hard-working individual in desperate need of money (thanks to her silly step-grandmother Kanthamma’s loan). Your reasons to work for a living may be different but the pain felt when you stand in front of a problem only you will understand. So like Radha, it’s up to you to give up or not.

Another unique case is that of Parvathi. Although her employers, i.e, Aditya and Akhilandeshwari, have absolutely no problems with her, Aditya’s fiance Anushka and Akhilandeshwari’s sister-in-law Damini hate Parvathi. For the same, they use the ‘boss’ excuse and make her do horrible work like washing their feet or listening to insults about her family. While Paaru has tried to give up the job on a couple of occasions it is evident that her ‘real bosses’ be it Aditya or Akhila, won’t let her go so easily. So despite all the bad things Anushka and Damini want to do to her, she is okay working in the Arasane Kote mansion.

Have you faced any such problems in your life too? Share with your experiences in the space provided below.

If You Are Looking To Drift Away In A Land Of Fantasy This Weekend, Don't Miss The Nirup Bhandari And Avantika Shetty Starrer Rajaratha Streaming Now On ZEE5