Find out about Roja actress Madhoo Shah's journey of a impactful comeback in Sandalwood with not one but two superhit films! 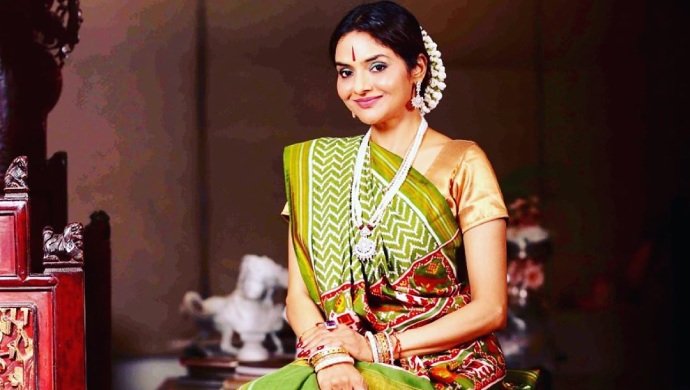 Releasing on 23 September 2019, on the ZEE5 platform, Premier Padmini is a unique story about a middle-aged man, a car and his divorce status. Starring in the lead roles are Madhoo, Navarasa Nayaka Jaggesh and Sudharani. While the latter two have been in the industry for long, Bollywood actress Madhoo Shah returned to Sandalwood with the 2015  movie Ranna also starring Kichcha Sudeep. Before this, she last acted in a Kannada film in the year 1993!

After 2015, Madhoo came back to the silver screen this year with not one but two films. The first one being Seetharama Kalyana and other being Premier Padmini. The gorgeous evergreen actress was thrilled to be getting strong characters in the projects that came her way. In Seetharama Kalyana, even though she plays the role of Geetha’s mother, Madhoo shines as a  strong-headed woman who wants her daughter to make something out of her life.

In Premier Padmini however, Madhoo is the lead in the love triangle that involves her, Jaggesh and Sudharani. Apart from Kannada films, the actress has also taken up a Tamil movie too. In a way, we can say that she is back with a Big Bang! In a recent interview with a leading daily, Madhoo relived her experience of her return to Sandalwood.

Talking about her film Premier Padmini, she explained why she was so excited about it. “This is a role that I am particularly thrilled about, as it is a mature one that women of my generation might relate to. Usually, when someone portrays a marriage and troubles that follow it, either the husband or the wife is portrayed as the bad one. But here, I play Jaggeshji’s wife and we are two good people married to each other, but there is no compatibility and we have fallen out of love. So, the portrayal of the relationship is very real and mature which is what made me accept this film. I am excited to see what people will think about this particular role,” Madhoo said.

Furthermore, her experience acting opposite such a big star, the Navarasa Nayaka, was the most exciting thing about the project. She said, “I love discussing health, organic food, fitness and more with him. He is like another version of me, in terms of our common interests. I got to learn a lot from him. He is amazing and so is his wife, Parimala Jaggesh. They truly are a lovely couple.”

About her return to Sandalwood, Madhoo said, “I am grateful for this second coming. In fact, I recently had my friend, actress Nirosha, visiting me on the film set in Bengaluru. She told me that I must have been blessed in my initial days because I was fortunate to get big films that went on to be hits, despite me taking to the industry like child’s play. But she see a different passion in me now. I feel more connected to my work now and it is also seen in the joy I show when talking about my roles to people.”

According to the actress what was most pleasant about Premier Padmini was that despite the divorce issue being a major part of the film, no particular character was made the good or bad guy.

Lastly, upon being asked about her stand on portraying strong women in films nowadays the actress replief, “The concept of virtue, which has been represented for long as a woman who sacrifices numerous things for the sake of her family, has been set aside in the film’s narrative. Instead, the movie looks at her as one of the two wonderful human beings, who does not wish to remain in a loveless marriage. It talks about being able to give yourself a chance to find the love you wish for and live the way you want to. Women can relate to that idea of equality.”

If you are a fan of the yesteryear actress Madhoo, give her a big shout out in the comments box given below.

Watch Melkote Manja, for your share of laughter, streaming here on ZEE5.

With No Director Onboard, The Cast And Crew Of Raambo 2 Stepped In And Saved The…

Watch Jaggesh In A Negative Role In The Crime-Thriller Film 8MM Bullet, Streaming Here On Your ZEE5