Husi Nagu Review: A Splendid Take On The Different Ways A Female Protagonist Is Portrayed

In the ZEE5 Original Series, Mahati, the lead protagonist breaks many stereotypes or as they say breaks old customs just because she can! 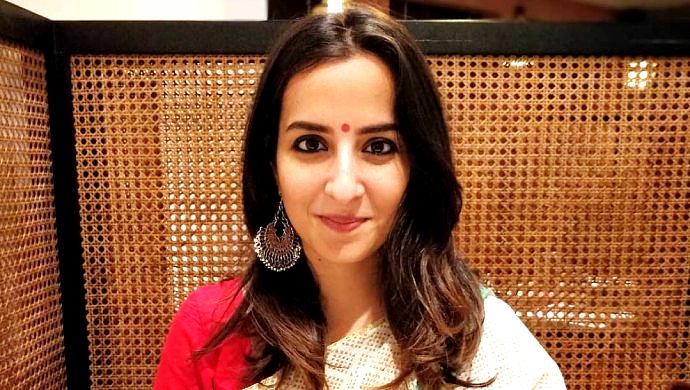 Husi Nagu is the Kannada version of the ZEE5 Original Tamil series Kallachirippu, directed by Rohit Nandakumar. For me, a thriller show or film has to keep its grip on me by having some good twisted story alongside a brilliant cast. Not only is the show thriller enough to keep me occupied, but the cast too did a great job. Let’s begin with the story first. The first episode of this eight-episode series is honestly the best of the lot. Reason being that for a show or web series to do well with viewers the first episode should get a hard grip on you.

From the marriage shot directly jumping to a murder-shot was the best part according to me of the first episode. Starring Amrutha Srinivasan as Mahati, the main protagonist of this series, the story is about a man and woman who are forced into marriage and one ends up murdering the other. The next episode has a smooth transition to the recap of how the murder came to be. Mahati’s affair is given emphasis in this episode. In each passing episode you will one or the other stereotypes that Mahati breaks. For example in the first one, she accidentally murders her husband, in the second episode, the reason why she started having an affair came to picture.

While these may be morally wrong according to many of you, it is the gender stereotype that men can have affairs and women can’t is what the director wanted to break. By the third episode, it is also revealed that Ram, is homosexual in nature and has a boyfriend too. Ram and his boyfriend have been played by Vikas and Vignesh Shanmugam respectively, and I totally loved them in every scene. It is not easy to portray such a role for an Indian audience, which is generally sceptical towards such ideologies.

#Repost @thefilmtribe • • • • • Sometimes size does matter. That too for a humble crew like ours, a 20ft crane is equipment on Viagra! #20ftcrane #behindthescenes #setlife #kallachirippu #kallachirippuonzee5 #webseries #viagra #equipmentporn #shootdiaries

Unfortunately, their love story is cut short when Mahati accidentally kills her husband, in self-defence of course. The next ideology she breaks as the female protagonist is that she is very very strong headed. This is proved when she doesn’t hesitate to tell Indra (her love affair) to cut Ram’s body into pieces because it will be difficult to find the evidence so easily.

Generally, you will find women more submissive and scared but not Mahati. Instead, she takes control of any situation that is easily slipping out of hand. Mahati’s career path was that of a lawyer, something that still in many parts of India is not allowed for a daughter to do. She fought for her career, and in the process ended up compromising on her love life.

There are very few ladies who are driven to make a career for themselves. As the show keeps progressing, don’t miss how her character evolves. The rest of the effects, cast and crew have played their part well, but the show stopper is definitely Amrutha Srinivasan.

What did you like most about the ZEE5 Original Series Husi Nagu? Keep your comments flowing in the space given below.

If you like original content, stream the ZEE5 Original Series Karenjit Kaur: The Untold Story Of Sunny Leone right away!

Chemistry Of Kariappa Is A Story About Kariappa And His Son Uttar Kumar Who Are Common People You'll Find In Every Household. Stream The Film To Watch It On ZEE5 Now!

Arya On His Kannada Debut Film Rajaratha: To Start It Off With Such A Role Is Fantastic

5 Popular Actors Whose Delightful Pics Will Give You Beachy Vibes