Raambo 2 proves that comedy movies are underrated. Scenes #1 and #4 were my favourites. Time to pick yours. 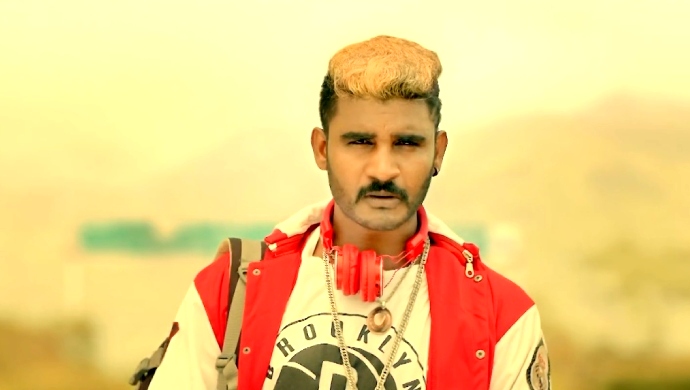 Raambo 2 is one of the most hilarious movies that released in the first half of 2018. Starring Sharan and Ashika Rangnath alongside Chikkanna, the film is a comedy thriller directed by Anil Kumar. The plot of the movie revolves around a road trip that is taken by Krishna (Sharan) and Mayuri (Ashika) on the pretext of a ‘one-day date’. Just as they are about to begin their journey, enter DJ (Chikkanna).

See how Krishna and Mayuri’s date ends up in the film, here:

While the humour aspect was maintained from the beginning of the movie, Chikkanna’s entry added a certain sparkle to the rest. There are innumerous scenes that will send you rolling on the floor laughing, but we took the liberty to pick out the top five funniest scenes. Have a look…

1. Asking for the blessing of love

Krishna asks Lord Ganesha to find him a girlfriend…

Assuming that their ‘one-day date’ is going well, Krishna looks in the front to see DJ standing in the middle of the road.

3. His friend Venky tries to exact vengeance on Mayuri

But realises who is on the phone… his disappointment is hysterical!

4. Krishna gets upset with DJ for interrupting his date

DJ’s constant talking annoys the hell out of Krishna, causing a turn of events you wouldn’t have expected. To know what we mean, watch the film now!

5. When the blind man pulls a gun on a cop

While trying to take help from the police, the blind man nicks one of their guns…assuming that he is being of some help to Krishna, and the others of course.

Obviously, we couldn’t fit all the humorous scenes from the film, but these scenes were by far our favourite and we hope you would have fun watching this movie too. The cast has done a brilliant job in terms of comedy as well as keeping the thriller aspect of it alive.

You must watch Raambo 2 if you haven’t until now. If you have watched the films let us know your most favourite scenes in the comments section below!

Gandhi My Father Is An Emotional Tale About The Father Of Our Nation. Stream It On ZEE5 To Watch It Now.