Paaru has been very clear in expressing her feelings for Adi. He, on the other hand, must confess his love for her. 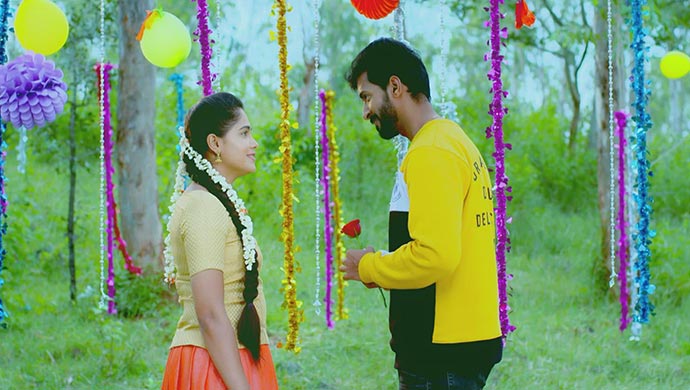 We’re all aware of the building intimacy between Adi and Parvathi from Paaru. What initially started as a friendship has now come to a point where the two have become extremely close. While Paaru imagines sharing a future with Adi, our leading man has still not completely realised his love for her. Here’s why Adi must confess his love for Paaru.

Paaru does not have parents. She is initially welcomed into Akhilandeshwari’s house as the house help. However, as time passes by, Paaru becomes part of the family. She doesn’t treat them any less than her own family. She takes care of them like her own and in the process develops a soft corner for Adi. The two begin to talk and share their thoughts with each other. Even when problems come their way, Paaru supports Adi.

At a time when Preethu’s marriage is fixed, she realises that the latter is upset about something. Upon being asked about the same, he reveals that he is in love with Janani. As a friend, Paaru explains the situation to Adi and makes him understand the importance of supporting his brother who is in a fix. Even when it comes to entering Parmeshwara’s life, Paaru volunteers to play the role of his wife, so that they will allow them into the house. At every point, she has been with Adi during his time of need, which he is also aware of.

Adi must also confess his love because he is aware of the fact that Paaru will always support him in everything he does and has managed to keep his family together, all this while. The two have also shared several romantic moments together. Adi also asks Paaru about the kind of man she would like to marry and her love for him is very evident. The two are not only able to share their problems as well as happiness together, but they have also proved to be each other’s pillar of strength in every complex situation. And we believe, this is the right time for him to confess his love for her, especially when Paaru is giving it her all to get Preethu and Janani get married.

In The Mood To Cook? Here Are Two Tasty Dishes That You Can Try This Week