Here’s What You Need To Know About Comedy Khiladigalu Season 17 SEMI-FINAL!

The much-awaited semi finale of Comedy Khilaigalu Season 17 is here and here are the details of this weekend's act! 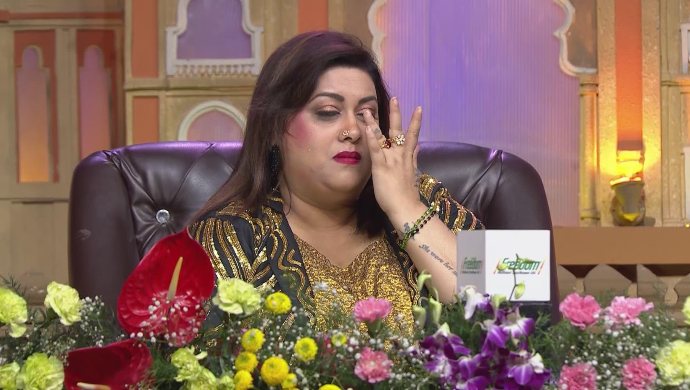 In the previous week of Comedy Khiladigalu, it’s was a special day indeed, with the whole Ekalavya team making an appearance which included director Prem, along with actor Rana, Rachita Ram, and Reshma.

Master Anand was seen entertaining everyone with his splendid comic timing and we must say his new look without the mustache is making him look even more handsome! He sure looks ready to host Comedy Khiladigalu Season 17 Season Finale!

The first act of the show was a little different. Well, taking instances from the past seasons of Comedy Khiladigalu and continuing it in this one, is what this act was all about. It was performed by Manohar, Danappa, Praveen Jain and Chandrashekar.

Who wouldn’t want to be a celebrity, right? But leading life as a celebrity is harder than it looks. This act by Santosh,  Umesh, and Manohar, highlighted the same.

A boy hits on a girl who is his neighbour. But, the girl is actually a boy. Confused? Watch Santosh, Rakesh, Divya Anchan and Deepika amidst all this confusion!

A must-watch act by Rakesh, Manohar, Danappa and Divya Anchan will show you the story of one man who has experienced more problems than he deserves.

Talking about hosting guests at home, we sometimes fail to get their names right. And the first question we’re usually asked by them is to guess who they are. Well, to perform a situation like this one, was Santosh, Gajendra, Praveen, and Deepika.

The last act will tear you up. Dressed up as jokers are Rakesh, Gajendra, and Vishwanath. If you’re wondering how they ended the show, it is by talking about Comedy Khiladigalu coming to an end.

Inspired By The Adventurous Diganth Manchale, Here Are 5 Places To See In Kodaikanal

Here's All That You Need To Know About Last Weekend's Episode Of Sa Re Ga Ma Pa!