Radha Kalyana is just around the corner and will begin from Monday, 15th July 2019, on Zee Kannada. Check out Ajay Rao's cute message for the cast! 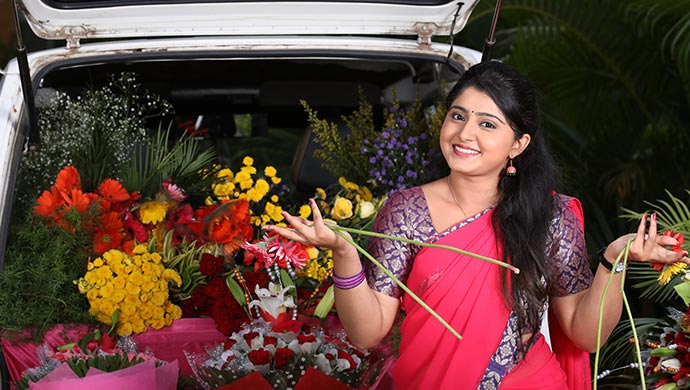 From 15th July 2019, there will be a new addition to Zee Kannada‘s primetime lineups called Radha Kalyana.  Starring Radhika and Amith in the lead roles as Radha and Shri Krishna, respectively, the show focuses on a girl who is simple and kind. She hails from a middle-class family with a super greedy grandmother and a step-sister. Meanwhile, Shri Krishna is the heir to his family wealth. Since Radha is kind it is needless to say that Krishna is a spoilt brat, much unlike his name. Contrast to him is his younger brother Anand, who is his complete opposite and is a complete mamma’s boy.

To promote the show, we recently saw the hot stud actor Krishna Ajai Rao from the film Thayige Thakka Maga, who gave his best compliments to the cast of the show and also explained the importance of ‘Lord Krishna’ in his life. Let’s take a look at what the actor had to say…

Send in your best wishes to the cast of the show Radha Kalyana, in the comments space given below.

Catch LIVE Cricket Scores and Commentary in English, Hindi, Bengali and Punjabi, only on ZEE5

If Love Stories Are Your Calling, Don't Miss Watching The Nirup Bhandari And Avantika Shetty Starrer, Rajaratha, Streaming Now On The ZEE5 Platform