She is smart and conniving. However, if she changes her attitude, Anika can transform from a negative to a positive character 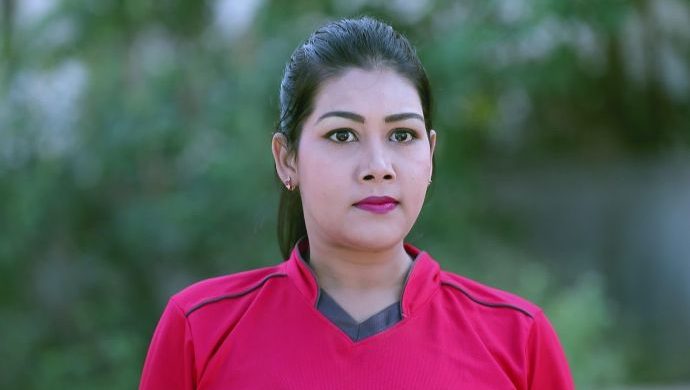 Anika plays the half-sister of Kamali. She is filled with envy and anger for her and feels like Kamali has taken over everything that she deserves. Anika seeks every opportunity to ruin her professional as well as personal life which also shows us that the latter is determined to overcome what is thrown at her. She also falls in love with Rishi, who has feelings for Kamali.

Anika has always been envious about Kamali. As a result, she tries to attack Kamali in whichever way possible. When they’re all getting prepared for the kabaddi match in school, Anika locks Kamali up in a room so that she doesn’t take part in the match. Instead of learning from Kamali and working towards playing as a team, she chooses to lock her up.

Anika is in love with Rishi who has now developed feelings for Kamali. This becomes another reason for her to develop a hatred towards Kamali. Anika must understand that the person she is in love with does not love her back and nothing she does will change that fact. Rishi is aware of everything that Anika has done to harm Kamali and is sure of not even being friends with her.

Gowri is Chandru’s first wife whom he recently married and brings home. Although Anika’s anger towards her father is justified, her attitude towards Gowri is incorrect. She also tells Urmila that Gowri and Kamali do not fit into their family as they are not of the same class and social status instead of developing an amicable relationship with the two.

Anika too is a kabaddi player. Instead of focusing on her game, Anika focuses on destroying Kamali’s life. If she stops trying to attack Kamali, she will be able to pay more attention to her own game. Anika only focuses on becoming the captain of the team without actually working hard for it or earning it. This is when the coach tells Kamali to take over the captaincy.

Anika also tries to create fights between Rishi and Kamali, Gowri and Chandru for her selfish reasons. She should instead focus on becoming more friendly or just have a decent relationship with everyone in the house to maintain peace in the house. Do you agree?