Sarika and Sahithya are trying to get married into the Vasishta family. However, they do not deserve Vikranth and Vedanth. Here's why! 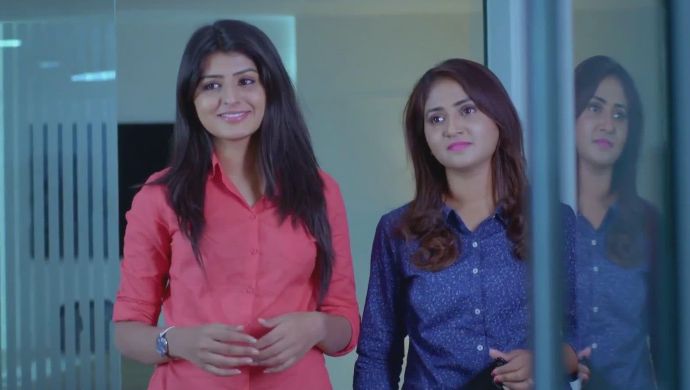 Sahithya and Sarika are in love with Vedanth and Vikranth respectively . However, the two brothers do not feel the same about them. While the two girls have done everything they can to attract the siblings, nothing has worked out for them. In the case of Sarika, Vikranth has completely disregarded her and is marrying Aarthi.

Here are 5 reasons why Sahithya and Sarika do not deserve Vedanth and Vikranth:

Sahithya and Sarika are self-centered. They do not think about the fact that the men they are in love with do not feel the same for them. Instead, they try forcing their desires upon the two men. Sarika even goes to the extent of drugging Vikranth so that she can get married to him in his inebriated state. Sahithya, on the other hand, tries to get closer to Vedanth without even trying to get to know him.

They Do Not Wish Well For Them

Sarika and Sahithya do not wish well for the two men. If they were truly in love with them, then they would have respected the fact that the men do not have mutual feelings for them. Instead, they cause harm to the two. While Sarika drugs Vikranth, Sahithya causes a loss of Rs. 20 crore to Vedanth’s firm in the process of trying to taint  Amulya’s reputation in the firm.

Sarika tries to instigate Ajji during their trip to the resort where she tried to show the latter that Amulya was having an affair with the hotel manager. She also tells her that Amulya and Vedanth are only pretending to be together so that Vikranth and Aarthi’s marriage would also break off. Sahithya, on the other hand, sends out an email from Amulya’s ID finalising a deal of Rs. 20 lakhs that was initially finalised for Rs. 20 crore. She does the same so that misunderstandings are created between Vedanth and Amulya.

They Insult The Manjunath Family

Since Sarika and Sahithya have a personal vendetta against Aarthi and Amulya respectively, they do everything they can to cause harm to that family. The two come to the Manjunath family for the mehendi function and in turn insult Amulya’s family’s financial situation. She even tells Amulya to stay away from Vedanth as she cannot match up to Vedanth’s standards and even looks of a lower class than him.

Another reason why Sarika and Sahithya want to get into the Vasishta house is also because Vedanth and Vikranth are extremely rich. The two intend of getting married into the Vasishta family so that they won’t have to struggle and will have easy money at their disposal.

7 Outfits That You Can Wear This Holi Inspired By Your Favourite Sandalwood Divas!