Haven’t Watched Vijay Raghavendra And Sangeetha’s Kismat Yet? Here’s Why You Need To

Kismat is a stunning movie and here is why this film should be on the top of your watch list. Details inside! 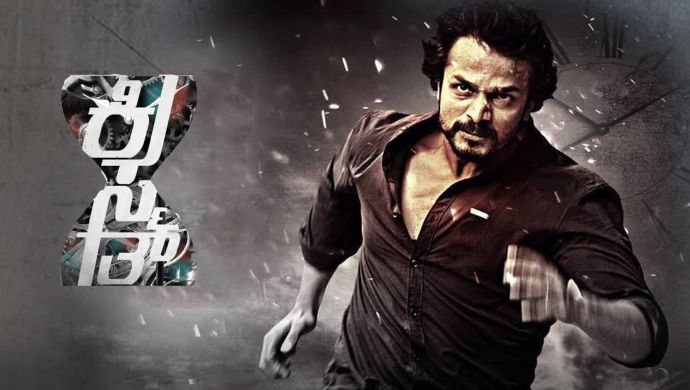 Kismat is the story of an unemployed man Vijay- played by Vijay Raghavendra-who has also written and directed the film. Vijay has fallen into the trap of debts and while he struggles to repay all the loans that he has borrowed, he also happens to fall in love with a girl Anu, played by Sangeetha Bhat. Having borrowed money from a dangerous money-lender, Vijay finds himself in a fix as he is unable to repay the money. Meanwhile, Anu and he decide to elope but fail as they don’t have enough financial backing for the same.

Bangalore Underworld is a 2017 Kannada crime drama film starring Aditya, Paayal Radhakrishna and Daniel Balaji. With the dream of ruling the city, Maalik joins a gang and is embroiled in the world of crime. With his wit and shrewdness, he soon makes his way to the top.

The continuous series of action and movement along with his ability to overcome all the hurdles that come his way is what really grabs the attention of the viewers. Vijay has undoubtedly done a commendable job where he successfully manifests the mental disturbance that comes about in his inability to pay the borrowed money.

He strikes a perfect balance between being desperate to pay back his money while also not having enough for himself. What really makes this storyline special is the strong moral backing. While everyone around him tries to entice him into committing crimes so as to earn a decent amount of money, Vijay resists all sorts of temptations that come his way and chooses to take the right path.

While the soul of this story lies in the mysteries of the butterfly effect where Vijay, Baddi Bhadhra, Anupama, Tower, and Girish Shivanna’s lives are interconnected through money, the crux of the plotline has a certain attractiveness to it for the kind of simplicity that the common audience is able to connect to.

In terms of technicalities, this film is a must-watch for its cinematography, sound design, and art design. This visually appealing film is also Vijay directorial debut with the music composed by Rajesh Murugesan and we must say, the tracks are as appealing as the film!

Running Out Of Food Options During Lockdown? Here Are 3 Interesting Recipes You Can Try

5 Mythological Movies That Your Children Can Watch On ZEE5 Kids This Weekend!