Have You Ever Pranked Anyone Like How Gattimela’s Amulya Did To Vedanth Recently?

Or have you ever been pranked? Time to look at why even though they hate each other, Vedanth and Amulya look adorable in their fights. 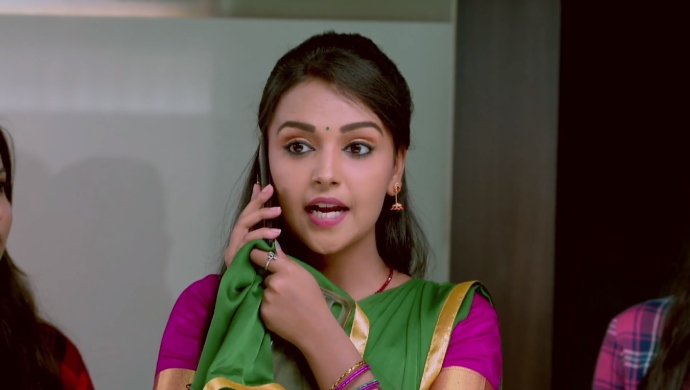 From the time the show began, Vedanth and Amulya from the super-hit show Gattimela have been arch nemeses of each other, literally. They can’t stand each but somehow end up in situations or events where they have to do something together. Like in Aadya’s wedding, Vedanth and Amulya had to hold the cloth in between her and Sarthak, or how they got together to unite Aarthi and Vicky. Still, they hate each other. Personally, as a huge fan of the show, I would just like to say that their fights are more than hilarious and highly adorable. While he says rude things to her she has crisp replies for everything. Now comes the best part, the makers of the show have worked brilliantly towards making the script in such a way that even though they may be cursing each other you cannot help but ROFL.

In a recent such attempt, in order to get back at Vedanth for simply punishing her and team with overtime, Amulya prank calls him. Millennials will do relate to this because I was definitely pranked like this once or twice in my life, however, I never got the opportunity to prank anyone like Namma Amulya. On a serious note, while pranks are funny, always be careful about what you are about to do.

So without any further ado. Let’s check some pranks Amulya played on Vedanth, shall we:

1. Amulya’s consecutive pranks will make you fall on the floor, particularly because of Vedanth’s reactions

2. Amulya’s next call drives Vedanth to investigate in his own office

The third prank in case you forgot was the Pramoda Devi one, in which Vedanth finally decided against the punishment against the women in his office.

Now, take a look at some of the funniest arguments these two have had. Get ready to laugh until tears roll out of your eyes. Here they come.

3. Vedanth gets furious when Amulya indicates that he possibly might be in love with her

4. Comedy at the jogging park

5. When Amulya blames Vedanth for calling her up at odd hours

If you had fun watching these two, give them a shout out in the space given below.

Don’t forget to go to the ZEE5 platform, to watch your favourite Kannada shows.

If The Trailer Of Natasaarvabhowma Is This Cool, Then Imagine How Awesome The Film Will Actually Be When It Releases On The ZEE5 Platform. Click Here To Watch The Trailer

How Did Sunny Leone Handle Revisiting Her Past While Making Her Own Biopic?