Happy Birthday Srujan Lokesh: 5 Interesting Facts About Him That Will Take You By Surprise

The Chota Champions host will be back soon on Zee Kannada. On his birthday today, we look at some rare facts about the actor-host, Srujan Lokesh 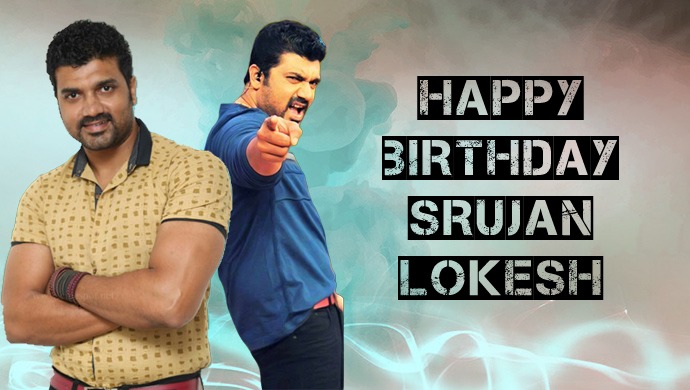 Born on 28 June 1980 in Bangalore to one of the power couples of yesteryears; Lokesh and Girija Lokesh, Srujan Lokesh has achieved great heights in Sandalwood. One can rightfully say that he has followed in his parents’ footsteps very well. While his mother, the veteran actress Girija Lokesh, who also plays the role of Kaushalya in the hit show Subbalakshmi Samsara, Srujan’s father, Lokesh was a stage actor who later went into acting in films. His untimely demise in 2004 was a turning point in the birthday boy’s life. However, after a gap of about five years, Srujan resumed work in the industry and has done about 19 films since then.

Today on his birthday, we will look at some rare facts about the actor that will surprise you.

1. Early experience as a child actor

Being exposed to a family of theatre personalities and actors from an early age, Srujan worked in not one but two films as a child artist. The first film he acted was in Veerappan (1991) followed by Bhujangayyana Dashavathara in 1992.

2. Srujan and his mother own a production house together

Founded in 2013 by Srujan and Girija Lokesh, Lokesh Productions was responsible for many hit TV shows like Chota Champions, Kaasige Toss and Majaa Talkies, out of which two he hosted himself.

3. The birthday star has won more than one accolade

4. Gymming is a close part of the actor’s life

Whenever time permits, Srujan is seen hitting the gym and rightfully so. He has kept in shape and has achieved a neatly carved body, after all the effort and we obviously aren’t complaining.

5. Srujan has more than one profession

He is a film actor, TV host, Radio host, as well as a producer and that, says a lot about him. At a young age, the star has achieved so much and won awards for his hard work.

If you too want to send in your birthday wishes for the star, comment in the box given below.

If you are a fan of the Power Star Puneeth Rajkumar watch his hit film Doddmane Hudga, streaming on ZEE5.

Puneeth Rajkumar And Rachita Ram Did A Fabulous Job In The Horror-Comedy Natasaarvabhowa. Click Here To Watch It Now

12 EXCLUSIVE Pics Of Ashok Kumar And Shankar Bidari, The Next Two Guests Of Ramesh Aravind