Filled with humour, this show will be the only medicine you need to life's problems. Brownie points if you guessed Comedy Khiladigalu 3! 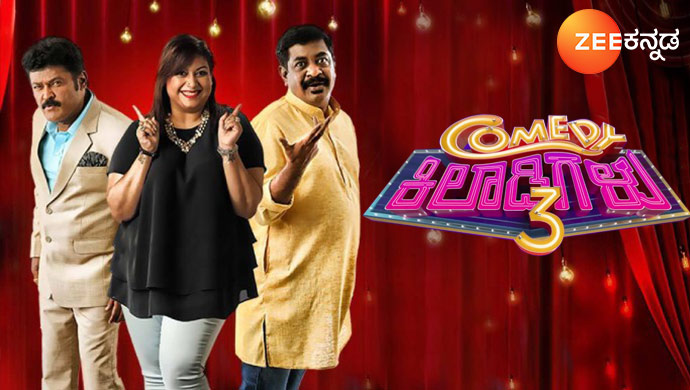 Are you one of those people who believes that ‘laughter therapy’ is the best therapy? Do you like to release all your stress by watching hilarious people onscreen? If your answer is yes, then fret not because your wait for the blockbuster Comedy show of the state, Comedy Khiladigalu, is back with its third edition. The show is a means to bring together the best comedians from all over Karnataka. For the same, we had recently announced the auditions and by the response, it seems like this year we have something bigger and better waiting for us on the weekends soon to come.

The best part about this show is the no-age-bar that allows anyone to participate. While we are awaiting confirmation on the three judges, we sincerely hope that the same judge trio of Jaggesh, Rakshitha Prem and Director Yogaraj Bhat who were part of Season 1 and 2, are roped in for this season too. Master Anand, who was there in the previous two seasons will most likely return this season as well.

Recently, a promo was released on facebook about the soon-to-air show and decided to show it to you too. Keep scrolling…

So this promo basically shows how all people come together to get a few moments of laughter. Some people, who are bed-ridden too, are cheerful because of namma favourite comedy show, Comedy Khiladigalu. What’s more, Kannadathis all over, use this as medicine to overcome their daily stress and anxiety. While keeping that as our aim, the show will most likely soon replace the singing reality show Sa Re Ga Ma Pa Li’l Champs Season 16, which is headed towards it’s Grand Finale this week.

What are you most excited about? Let us know your thoughts in the space provided below.

Till the show premieres, enjoy other reality shows, streaming for free on your ZEE5 now.

Ashika Rangnath And Sharan's Chemistry In The Hit Film Raambo 2 Is One-Of-A-Kind. To Watch This Thriller-Comedy Film, Click Here On ZEE5