Padma Shri Girish Karnad’s demise shook the nation. Like the Sahasa Simha, Namma Annavare and the Rebel Star, another jewel's departure is a huge loss 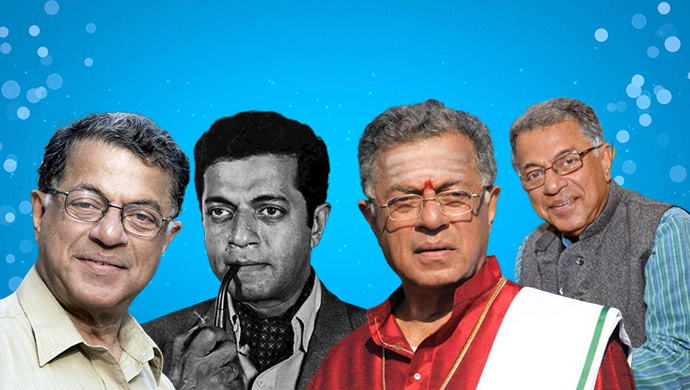 He was one of the pioneers to bring Modern Indian Playwriting in Kannada during the 60s. The winner of the Padma Bhushan and Padma Shri awards Mr Girish Karnad marked the end of an era on 10th June 2019. The virtuoso actor-playwright breathed his last in the early hours of this morning at his residence in Vittal Mallya Road, Bengaluru. According to reports, he succumbed to some illness he was fighting for a while now. Known for his versatility in experimenting various interests the legend was an actor, a film director, a Kannada writer, a playwright and a Rhodes university scholar.

Today, let’s take a minute of silence to commemorate the great life of Girish Karnad, the recipient of the highest literary honour given in India, the Jnanpith Award.

When you are done, take a look at all the tweets pouring in for the veteran actor on Twitter. PM Modi too wasn’t able to digest this fact!

Girish Karnad will be remembered for his versatile acting across all mediums. He also spoke passionately on causes dear to him. His works will continue being popular in the years to come. Saddened by his demise. May his soul rest in peace.

Mr.Girish Karnad, His scripts both awe and inspire me. He has left behind many inspired fans who are writers. Their works perhaps will make his loss partly bearable.

Sad news coming in the morning about the passing away of veteran noted actor and playwright Girish Karnad. Girish ji's views and artistic contribution will be missed by the country.

Sad to hear of the passing of Girish Karnad, writer, actor and doyen of Indian theatre. Our cultural world is poorer today. My condolences to his family and to the many who followed his work #PresidentKovind

Veteran actor and playwright #GirishKarnad passed away on Monday. He was a recipient of the 1998 Jnanapeeth award for his plays and is famous for his roles in several films and television shows.

Deeply saddened to learn about #Girish Karnad. Havent yet been able to speak with his family. Its been a friendship of 43 years and I need the privacy to mourn him. I request the media to kindly excuse me from giving quotes. pic.twitter.com/XMTxTmHXIw

Deeply saddened to know about the sad demise of Sh. #GirishKarnad ji. He was a great artist, scholar and a brilliant playwright. My first small appearance in the film Utsav was under his direction. Also acted in both #Tuglaq and #Hayavadan – plays written by him. On Shanti.🙏 pic.twitter.com/NiByXxJiSe

He never wavered from taking a firm stand on any social issues. Such accomplished and gifted artists come rare and their presence will be deeply missed. In his memory, the Maharastra Navnirman Sena humbly pays its tribute. (3/3)#GirishKarnad pic.twitter.com/uUum8bSb8P

Rest in peace #GirishKarnad Sir. Your tremendous works remain as a treasure trove in our hearts forever. 🙏🏻🙏🏻🙏🏻condolences , strength and love for your family and loved ones. pic.twitter.com/W3g9abnDhQ

He will always live on through the rich legacy of his literary works 🙏 https://t.co/BpvvFN70H5

Girish Raghunath Karnad, also known as Girish Karnad, made a huge contribution to the state and to the Sandalwood cinema. A humble man, Mr Karnad composed plays for over four decades! The master playwright also translated his own Kannada plays to English! His best plays include Yayati in 1961 followed by Tughlaq in 1964. The first film Mr Karnad acted in was the film Samskara (1970) directed by Pattabhirama Reddy, which got him the President’s Golden Lotus Award for Kannada Cinema. You might also remember him from his debut TV show, Malgudi Days, in which Girish Karnad played the role of Swami’s father for the first eight episodes. Another great accomplishment that he had was being the voice of APJ Abdul Kalam when his autobiography, Wings of Fire, was turned into an audiobook, by the company Charkha Audiobook.

If you were an admirer or fan of this great legend too, send in your condolences to him in the space below.

Watch Girish Karnad in Ondanondu Kaladalli, streaming only on ZEE5.

Monday Motivation With Ramesh: Start Your Day With Some ‘Volle Vichara’ Aka Good Thoughts